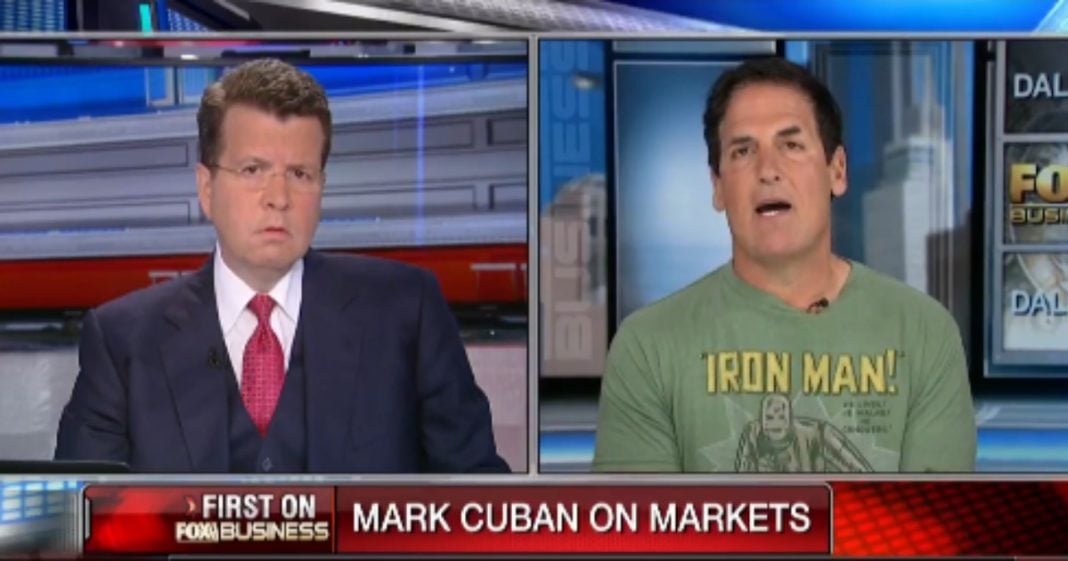 Formerly a tepid supporter of Donald Trump, billionaire Mark Cuban has come out strongly against the Republican candidate in recent months, calling him “batsh*t” crazy, among other epithets.

On Tuesday, the investor made an appearance on Fox Business to share his opinion about how the U.S. market would hold up if Trump were to become president.

“In the event that Donald wins, I have no doubt in my mind, the market tanks.”

Cuban said that he feels so strongly about this correlation that he has already taken precautions to protect his investments. Cuban also said that if things appear to be going in a Trump-ish direction, he will take further action to protect his assets.

.@mcuban: In the event that @realDonaldTrump wins, I have no doubt in my mind that the market tanks. pic.twitter.com/oe1r4KnDix