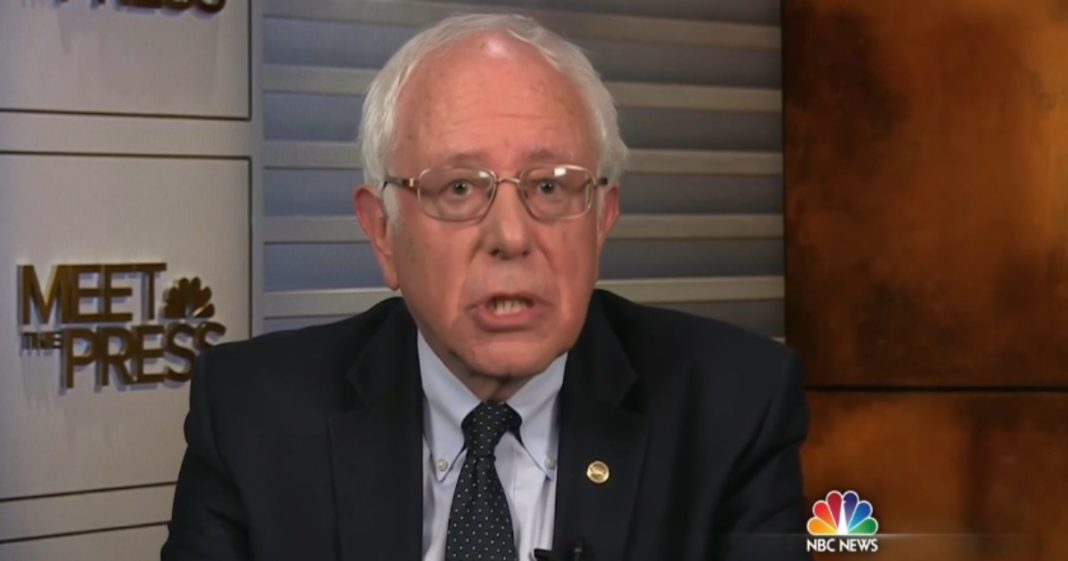 Hillary Clinton’s role in the Clinton Foundation has been under significant scrutiny in recent weeks as voters weigh the importance of eliminating pay-to-play politics, even in the case of a charitable organization.

Now, Bernie Sanders has called on his former opponent to sever her ties with the foundation she founded if she is elected as president.

During an interview with NBC News‘ Chuck Todd on “Meet the Press” on Sunday, Bernie Sanders maintained that Hillary Clinton is the “far superior” candidate when faced against Donald Trump. The Senator said that he was poised to begin campaigning for his former opponent (he performed this on Labor Day in New Hampshire).

And as for the Clinton Foundation and its effect on the nominee’s candidacy?

“Well I would certainly suggest that as president of the United States, she should cease all operations – all contact with the Clinton Foundation.”

When pressed to say whether or not the foundation should be disbanded completely, Sanders waffled by saying that the organization does a lot of good. He would only say that she should not be involved if made president.

“At the very least, she should not be involved.”