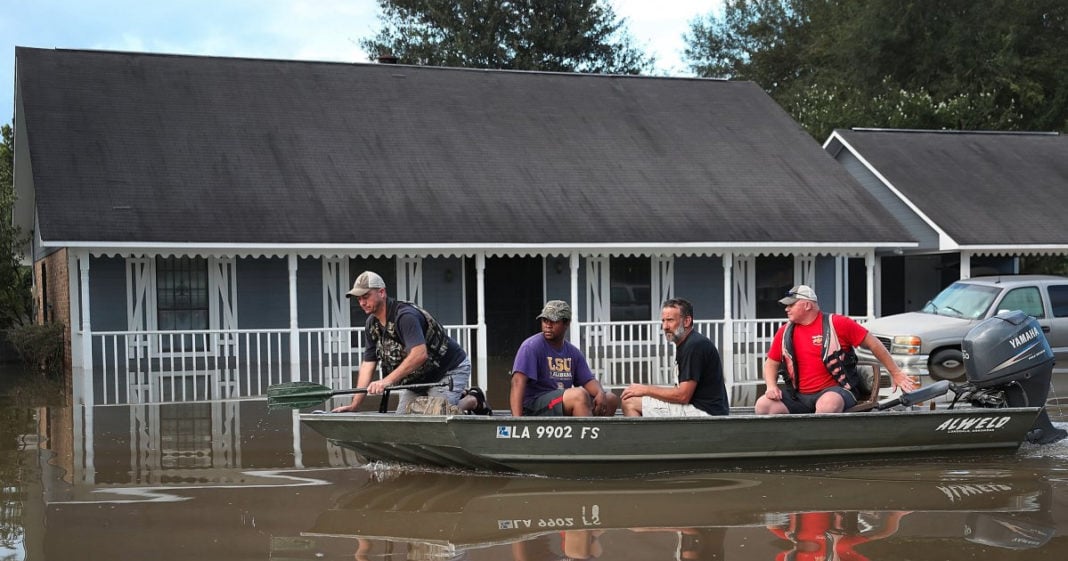 Until now, that has been the mantra of right-winger climate denyers, but will they be able to continue shoving their fingers in the ears and screwing their eyes shut now that our coast lines are seeing the actual effects of our abuse of the planet?

For years, climate scientists have warned us that we would soon see low-lying lands sinking slowly under rising ocean levels but now that promise has turned into reality.

All along the coastal U.S., regular Americans are seeing what their politicians refuse to see: increasingly, residents are threatened by flooded roadways and flood-resistant barriers are becoming weaker by the day.

“Huge vertical rulers are sprouting beside low spots in the streets here, so people can judge if the tidal floods that increasingly inundate their roads are too deep to drive through.

Five hundred miles down the Atlantic Coast, the only road to Tybee Island, Ga., is disappearing beneath the sea several times a year, cutting the town off from the mainland.

And another 500 miles on, in Fort Lauderdale, Fla., increased tidal flooding is forcing the city to spend millions fixing battered roads and drains — and, at times, to send out giant vacuum trucks to suck saltwater off the streets.”

Scientists refer to these seemingly random flood events in coastal areas as “sunny-day flooding,” and it is considered to be merely a nuisance to residents, but with the chances of these nuisances only increasing, it is past time that we consider the implications of this flooding.

Interestingly, the places which are most effected by these clear signs of climate change are being forced to take action by concerned citizens.

In places like Miami, both Republicans and Democrats have had to team up to fight climate change, putting aside the politics and focusing on the needs of their constituents. In these coastal cities, elections are won and lost on candidate’s stance on resisting rising water levels and preserving the sinking land.

We can only hope that this realistic concern spreads across the nation so that climate change is no longer a matter of belief, but a real threat we can all fight together.