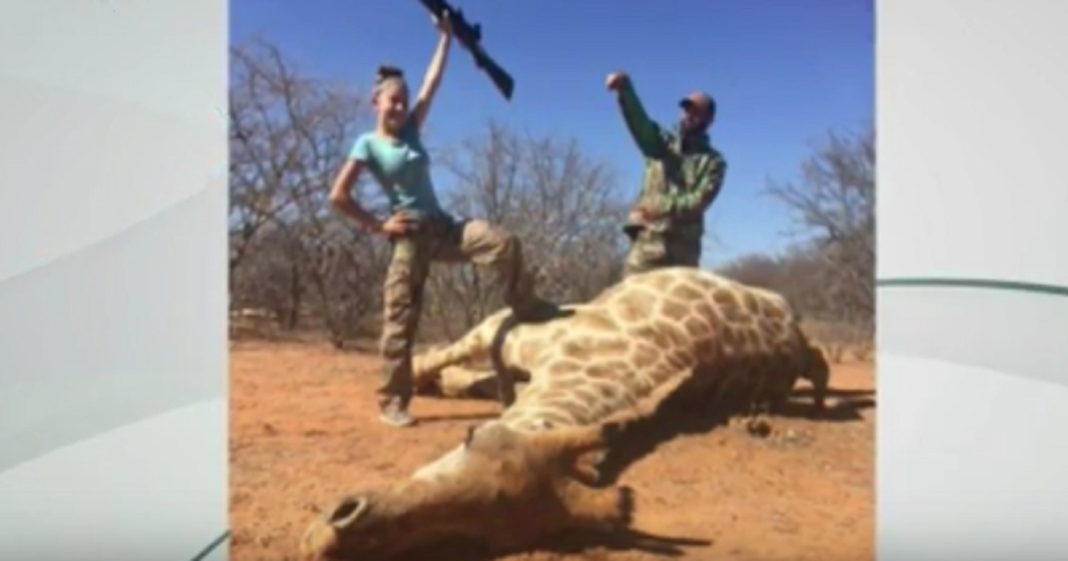 Many of us have faced the moral dilemma of wondering what it is about big game hunting of regal creatures like Lions, Zebras, Giraffes, and others, that feels so wrong.

Though most of us passively participate in the inhumane slaughter of millions of chickens, cows, pigs and more daily, sport killing and glorified trophy kills feel especially egregious.

Which is why when infamous right-winger Piers Morgan hosted a big game hunter who was all of 12 years old, we couldn’t help but cheer when he took the girl and her father to task for their gross killing of majestic animals.

The young girl claimed that she enjoyed hunting because it put food on her table and that she enjoyed the taste of freshly killed meat, but as the photos flashing across the screen showed, the girl and her father weren’t just killing a deer or wild rabbit. Instead, the girl posed with her foot on top of a slain giraffe, arms raised overhead in triumph. She posed next to a dead zebra; she cuddled on top of a slain bear.

Morgan asked the girl what she would think if he killed her cat and posted photos similar to the ones she had taken on social media for all to see.

The father argued that was a derogatory question, but it was clear that Morgan was making a point. The girl and her father can pretend that their killing of gigantic, often endangered, animals is simply pragmatic, but it is clear that their entire goal is to create a spectacle.

This isn’t about putting food on the table, it’s showing everyone what you can conquer.