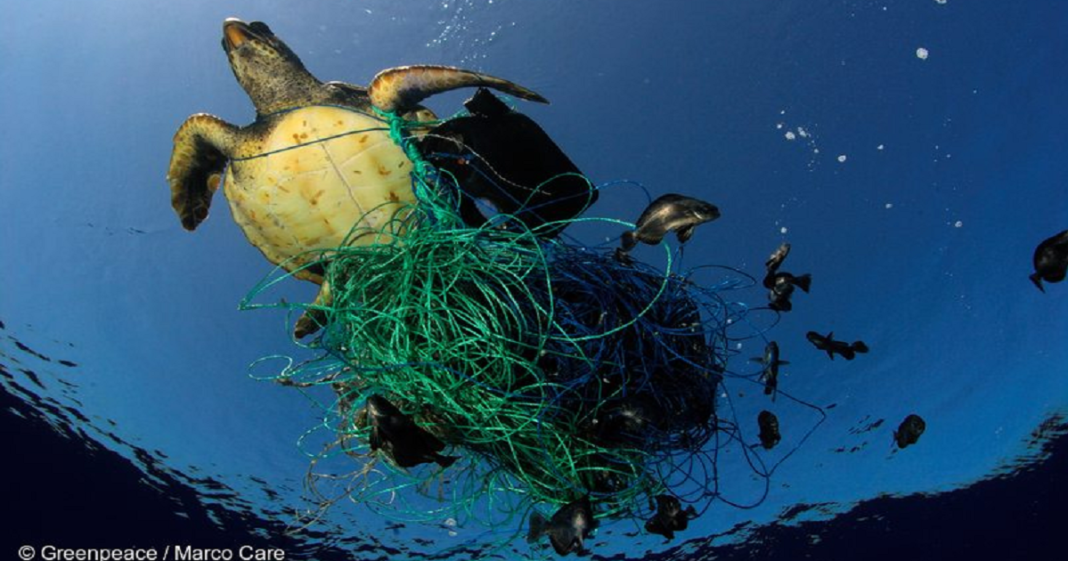 With a rising global population and nearly unchecked ways to engage in capitalism, it is no surprise that the ways in which man has found to feed the planet are having catastrophic consequences.

What was once a fleet of fisherman using spears and poles to reel in fish is now massive nets covering miles of open ocean. The nets are much more efficient at catching its intended target, but along with the desired catch comes an untold number of casualties in the form of smaller whales, sharks, dolphins, and more.

Particularly in California where the trade of catching swordfish has morphed from harpoon gun catches to nets the size of the Golden Gate bridge, thousands of whales, dolphins, and others are trapped right alongside swordfish.

Shockingly enough, though the nets are meant to catch swordfish, only 1 in 8 of the organisms captured in these nets are actually swordfish. The other 7 of 8 are any number of accidentally captured creatures. This is referred to as “bycatch,” and it is what is causing such a disturbing view of the nets.

Sea turtles, seals, sea lions, even sea birds are sometimes the unfortunate victims of the nets which were not intended to catch them. But no one can warn the sea turtle that the net set up for swordfish is nearby.

The majority of this bycatch who die in these nets are often tossed overboard, their deaths being utterly meaningless.

These drift gillnets, or driftnets, are being fought by environmentalists who are seeking to have them banned for the number of endangered and threatened species they catch and kill yearly.