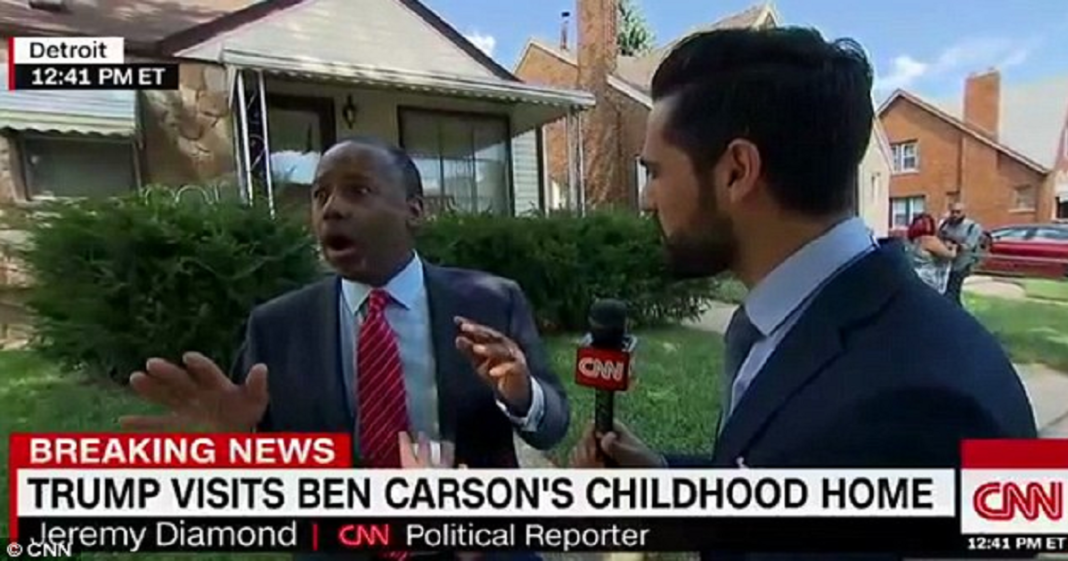 Now that we know he will never be within a mile of the White House, it’s easy to have a chuckle at the dopey antics of failed presidential candidate Ben Carson.

Over the weekend, Dr. Carson, a buddy of the Republican nominee took him on a tour of Detroit, stopping in to visit Carson’s childhood home. Carson was being interviewed by CNN about what he believed to be the importance of the event when Carson’s normally sleepy eyes shot wide open and he stormed off-camera.

The man who had been interviewing Carson could only giggle. I think it was the most awake we have ever seen the retired neurosurgeon.