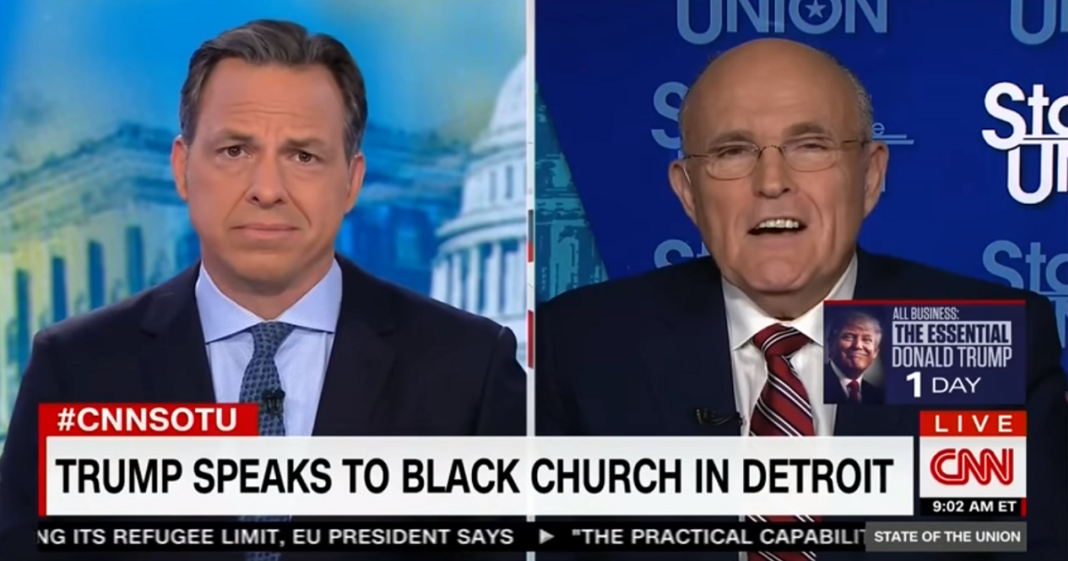 Despite the fact that no one really seems to give his opinion one iota of concern, 9/11 mayor Rudy Giuliani has continued to stump for Trump, making media appearances to support his delusional candidate and help spread hate and misinformation.

Giuliani’s most recent poisonous message is that Trump is most certainly NOT a racist, and those who say that he is owe the big guy an even bigger apology. Pshaw!

Referring specifically to Trump’s infamous birther display from back at the beginning of Obama’s presidency, Giuliani claimed that Trump’s “concern,” was not at all race-related.

When asked by CNN host Jake Tapper if Trump should apologize for his role in the racist birther movement, Giuliani balked.

“If everybody apologized for all the things they said in politics, all we would be doing on television shows is apologizing. Maybe all the Democrats should apologize for calling Donald Trump a racist and calling him all kinds of terrible names and it gets a little silly.”