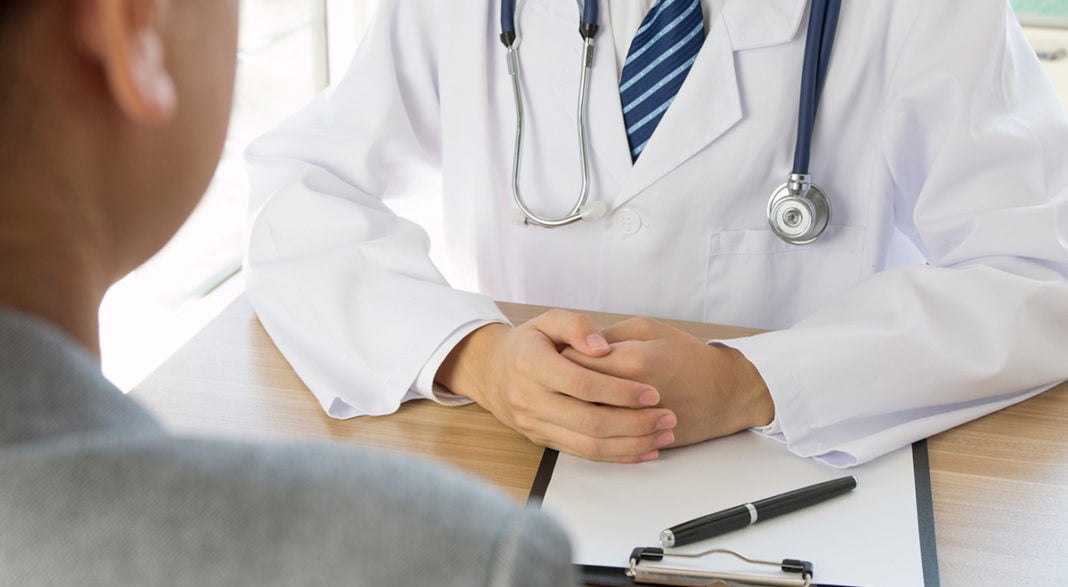 More than 1,500 lawsuits have been filed against the manufacturer of Benicar as a result of patients experiencing gastrointesinal issues, such as sprue-like enteropathy.

Benicar is a blood pressure medication that helps block angiotensin receptors. By blocking this hormone (as well as reducing the secretion and production of other hormones involved in regulating blood pressure), blood vessels become wider which helps reduce high blood pressure (hypertension).

There are several angiotensin receptor blockers on the market, but only Benicar has been linked to the development of the intestinal disorder known as sprue-like enteropathy. Often misdiagnosed as celiac disease, sprue-like enteropathy prevents the intestinal system from properly absorbing nutrients from food. In essence, a patient who is not treated for this condition can literally starve to death.

Benicar was developed by the Japanese pharmaceutical company Daiichi Sankyo, and was approved by the U.S. Food and Drug Administration (FDA) in 2002 after a short trial period of about three months. The FDA believed the drug to be similar to others in its category and thus didn’t require a deeper investigation to properly assess its potential risks.

Ten years later, however, the FDA concluded that prolonged exposure to Benicar was, in fact, associated with sprue-like enteropathy. In 2014, the FDA required a change to the drug’s label to warn the public of the potential risk of serious gastrointestinal issues.

Benicar has been linked to the development of sprue-like enteropathy, which is a disease that produces severe gastrointestinal symptoms; such as chronic diarrhea, significant weight loss, nausea, dehydration, electrolyte imbalance, and overall malnutrition.

In a study conducted at the Mayo Clinic, Dr. Josephy Murray treated twenty-two patients who were using Benicar and experiencing gastrointestinal symptoms, initially diagnosed as Celiac disease. However, Dr. Murray's patients were not responding to a gluten-free diet, a common form of treatment for Celiac disease, and did not have detectable tissue transglutaminase in their blood, which is used to positively diagnose Celiac disease.

Mike: The drug industry's in trouble again. This time, for hiding the dangers of a blood pressure medication that's destroying the intestines of its patients. The drug's called Benicar. Joining me to talk about this latest blockbuster drug is Daniel Nigh. Daniel Nigh, another dangerous drug. You are our go to person for these stories, and every time I hear another one, I just go, "When the hell is the FDA going to do their job? When is this administration going to make the FDA do their job?" It all has to do with appointments, doesn't it? This president, this administration could appoint a person to make sure the kind of thing that we're about to talk about doesn't happen. Tell me this story. This is another outrageous story.

Daniel: There's no doubt, Pap. Every time, what we see is revolving door. The FDA, and the pharmaceutical company. We see the same people go from the pharmaceutical companies to the FDA, and back. Obviously, they've got the same purpose, and the same purpose is to get money for these manufacturing companies. Today, what we're seeing is, we've got a company known as Daiichi Sankyo. It's a Japanese manufacturer that also has a subdivision in the US. What they have's, they got a drug called Benicar. Benicar is causing, in some folks who are taking the drug, massive, chronic diarrhea, that some of these folks have suffered for years, and had no idea that the drug was even causing it.

Mike: What is this medicine? Why do people take the medicine?

Daniel: Actually, it's to treat high blood pressure. That's one of the other things, as well, is that there are many other alternatives to treat high blood pressure, so that if somebody were notified, "Hey, this problem's causing chronic diarrhea." What's odd, is that people could just stop taking the medicine, and they would've been better. They oftentimes can become better.

Mike: It's really more than that. It's a chronic dysfunction in the digestive system. I don't want people listening to this report, and think, "Oh, well it's just a matter of chronic ... " No. This is something that can shut down your digestive system permanently.

Mike: What ends up happening, is they go to the doctor, they have problem, the doctor clears it up. They come back home, they start taking Benicar again, for high blood pressure, when there are 50 other drugs they can take, that don't cause these kinds of problems, and they go back into another chronic episode. Tell me about some of the cases you've seen. How bad are they?

Daniel: The other thing is, having gone through years and years of this chronic diarrhea ... I've got clients who have 10 to 20 bowel movements a day, and they've gone through this for years. What happens is, they have massive dehydration. They will drop 70 pounds in less than a year. As a result of this, I even have a couple of clients who I represent the families of the person who died in the hospital, in the ER, renal failure, liver failure, kidney failure, because the organs shut down after going through this for so long, and suffering such dehydration and weight loss over a quick period of time, or long period of time, that the organs will shut down. That's the risk.

Mike: It's something called a rebound effect, isn't it? In other words, the system is ... You clear your system of it, you're in the hospital, the doctor doesn't know why you're there. The doctor thinks you have Crohn's Disease, IBD, they think you have some type of very serious kind of intestinal issue, you get out, you think everything's fine, start taking the Benicar again, and nobody ever puts it together, because there was no warning. Nobody told anybody, because the damn FDA, again, didn't require that this company making Benicar, this Japanese company making a god-awful amount of money, here in the United States, selling this product, nobody required that they do, in the United States, what they have to warn about in other countries. Did I get that right?

Daniel: That's absolutely right. This drug was released in 2002. The FDA waited all the way until July of 2013 to finally require Daiichi Sankyo to put a warning on their label, saying that there's these massive, chronic diarrhea and dehydration can occur, as a result of taking this product. It waited them 11 years, and only after the Mayo Clinic found this association did they finally adopt that warning label change.

Mike: Isn't part of the problem that the reintroduction of the Benicar, after the problem may have cleared up episodically, the reintroduction actually gets to where it affects the stomach lining, it affects the intestinal walls. You have dehydration in the intestinal walls, in fact, all of the organ systems. What you're going to hear, is you're going to hear Benicar say, "Oh, this is just a minor problem." No. No, it's not. It's a very serious problem that has resulted in death. It's resulted in long term, chronic illness from this. Am I overstating that at all, Daniel? Explain ... Pick up with that idea.

Daniel: No. Absolutely not. Not overstating that at all. There are some clients who have just the worst of symptoms. Some have passed away. Some, they continue. I represent a client or two that feeds through a PEG tube. We've got multiple other clients who had multiple visits to the emergency room, 30, 40 emergency room visits, or hospitalizations in the last three years. As a result, these are folks who may have lost their job, as a result of it. They may have had organs that have deterioration as a result of it. The other thing is, is that they will treat, because the doctors don't know what the problem is, they will give them all sorts of other medication, trying to treat them for other [diagnosises. 00:06:11] Those other types of treatment can also cause them severe problems, such as taking steroids in large dosages.

Mike: This is a case that's in early development, but just looking at this, what is you call on how long this company has known about the dangers of Benicar, and just simply hasn't told anybody?

Daniel: It's really hard to tell, but the key is, is that they clearly must've known about it before the 2012 Mayo Clinic study. There's all sorts of reports to the FDA, reports to the manufacturer that show that they knew of some association between these two, that there's lots of clients who are suffering from chronic diarrhea and dehydration, as a result of taking this product, so, clearly, they knew about it beforehand.

Mike: Their decision is, "Hey, we're making money. It'll be a long time before anybody really finds out about this. If we're making a billion dollars a year, and we can sell this thing for ten years, it may cost us a billion dollars in the long run, but we're going to make a lot of profit in the process." That's the way I see this Benicar case developing. Anyway, Daniel Nigh, thank you for joining me. Keep us posted on this. This is not a minor case at all. This is a very serious case. Unfortunately, the FDA had dropped the ball even once again.

Why Benicar Lawsuits are being Filed

More than 1,700 lawsuits involving Benicar have been filed against Daiichi Sankyo (the manufacturer). Attorneys argue that Daiichi Sankyo failed to warn doctors and patients of the medication’s increased risk of sprue-like enteropathy.

To review current information regarding the lawsuits or to seek potential legal help, click Benicar Lawsuit Info, a comprehensive webpage on Benicar maintained by the law firm of Levin Papantonio.

Mike Papantonio - September 4, 2017
0
To learn more about this topic, visit AL.Law Via America’s Lawyer: Mike Papantonio talks with attorney Daniel Nigh about a Japanese drugmaker agreeing to pay...

Benicar Lawsuit Victims Ask: Why Did It Take So Long For the FDA to Issue Warnings?

KJ McElrath - November 5, 2015
0
Lawsuits over the hypertension medication Benicar (over 1,100 as of the beginning of October) allege that executives at Daiichi-Sankyo were aware of the product's...

KJ McElrath - October 27, 2015
0
Lawsuits against Benicar manufacturer Daiichi-Sankyo will finally go to trial late next year, according to a U.S. District judge in New Jersey. The first...

Justin Lane - August 14, 2014
0
When is it time to file a Benicar lawsuit? That’s a question scores of people are debating across the country and it can be...

First Benicar Lawsuit In The U.S. Filed By Levin, Papantonio

Ring of Fire Staff - June 25, 2014
0
The Levin, Papantonio law firm recently filed the first Benicar lawsuit in the United States on behalf of a Texas man who allegedly developed...

Ring of Fire Staff - March 7, 2014
0
The Levin, Papantonio law firm has filed a Benicar lawsuit on behalf of a Texas man after he developed a rare gastrointestinal disease known...

Ring of Fire Staff - November 1, 2013
0
The prescription drug Benicar (olmesartan medoxomil) has been linked to a severe form of a gastrointestinal condition known as spruelike enteropathy. The drug is...