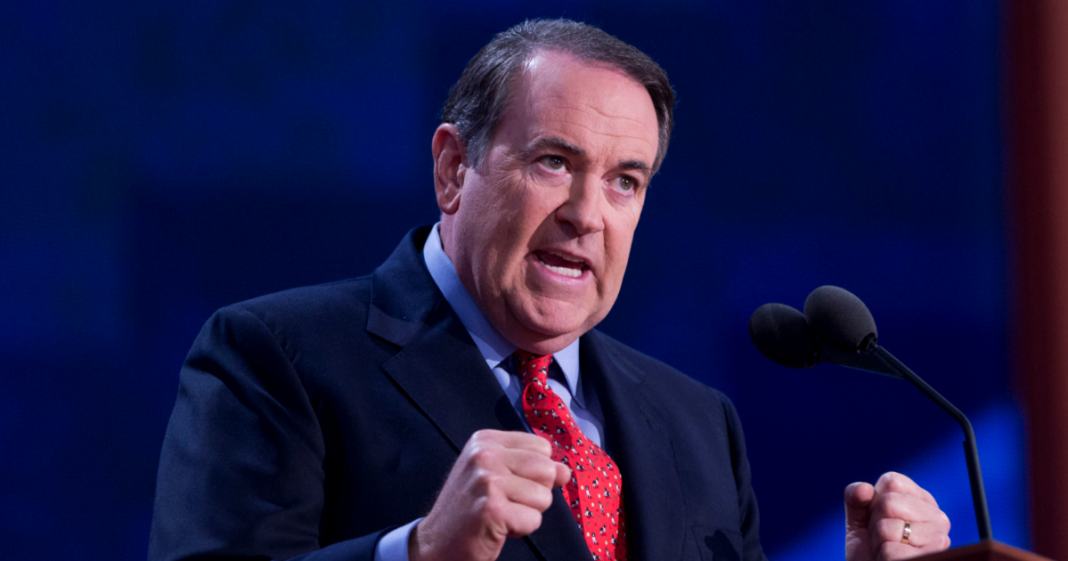 According to good old career presidential candidate Mike Huckabee, Colin Kaepernick should just get up and leave the country after the NFL player made a political stand by refusing to stand for the national anthem before two games.

During an interview on Fox News, Huckabee made his case, listing a whole host of people he feels should just pack up and pack out of the U, S of A, leaving behind nothing but patriots like himself – an army of one.

“I just don’t understand that people on the left who don’t like America very much and resented when a candidate for the American presidency lifts up the country and says, “I’ll put America first.” I kind of thought that was what he was supposed to do.

I mean, I think we ought to take a certain NFL quarterback, ask him where he’d like to go and send him there with all of these liberals who somehow resent this country. If you really are that disgusted with America, just tell us where you’d like for us to send your things.”

How about we just send you, Huckleberry? Maybe off to a bygone time in U.S. history where you actually fit in?