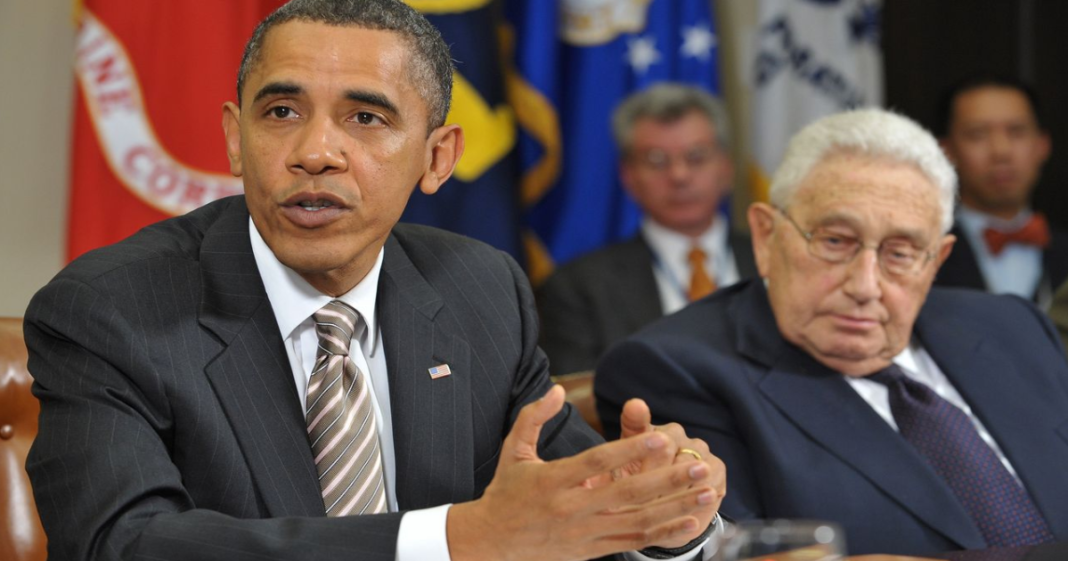 In this past week, we have been hearing quite a bit of speculation about whether or not war criminal Henry Kissinger will be endorsing Hillary Clinton in the 2016 election.

It wouldn’t be too surprising as earlier during the Democratic primary, Clinton spoke fondly of her friendship with Kissinger, to which her opponent Bernie Sanders replied that he would never call the criminal a friend.

Now, though, it appears that the speculation was just that, and Kissinger has indicated that he does not intend to endorse in this election at all.

Kissinger supplied this statement on his stance:

“We are not making any endorsement in the current presidential election. We are dedicated to fostering a bipartisan foreign policy, and we will devote ourselves to this effort now and after the election.”

That Clinton would be seeking this madman’s support is infuriating, especially after progressives made it clear just how despised Kissinger is. Once again, Clinton is trying to lean right to capture reluctant Republican votes rather than trying to gain the support of progressive voters.