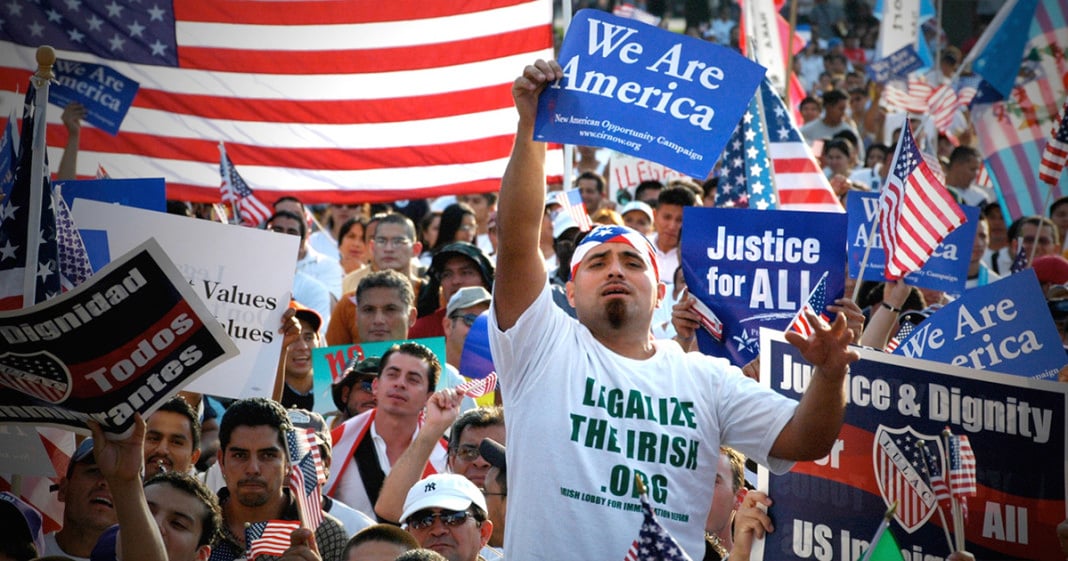 During a discussion of Donald Trump’s latest speech on his flagship topic of immigration, Fox News panelist Eric Bolling tried to give his candidate’s cuckoo idea some legs by trying to imagine what the mass deportation of 11 million undocumented immigrants might look like.

As was to be expected, his imagination was not at all very pleasant.

During the discussion which was dominated by what Trump’s immigration plans might do to his polling numbers, Bolling imagines embassy-type stations all over the U.S. which would allow an immigrant to so-called “deport” themselves by appearing at these stations and then applying for the correct paperwork to be in the U.S. legally.

As his co-host replied, that’s a nice imaginary land to be living in, but that is not at all what his candidate has spoken about or promised.