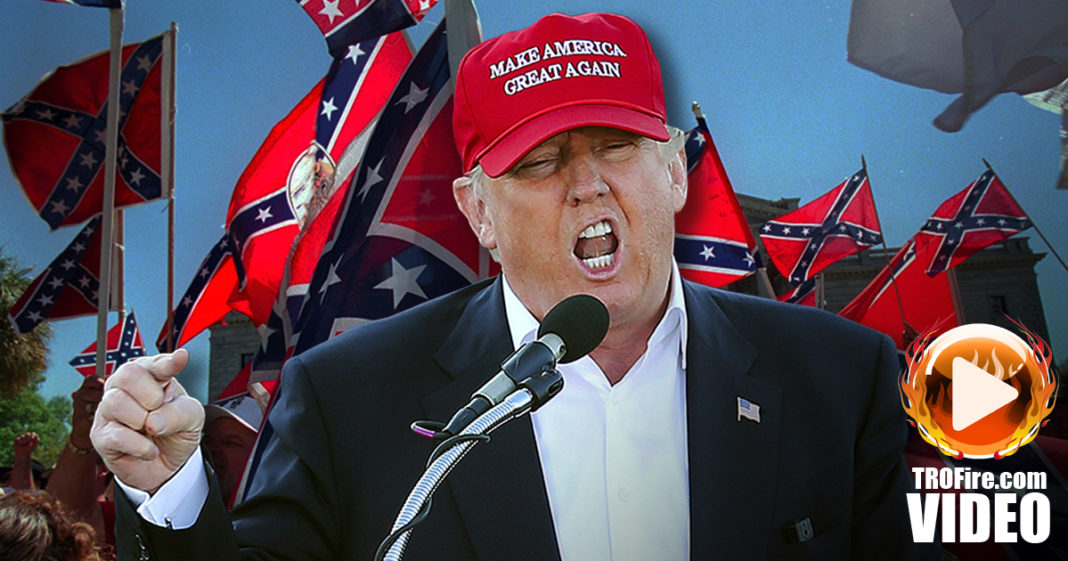 If you’re wondering how Donald Trump keeps his hate train rolling, take a look at all of the white supremacist-linked people that are a part of his campaign. The Ring of Fire’s Farron Cousins discusses this.

If you’re curious as to how Donald Trump’s campaign can just continue to be so hateful and racist and bigoted, well you need to look at his staff. Recently Trump hired Kellyanne Conway and former, or current I guess, Breitbart writer Stephen Bannon to run his campaign, to be his so called CEOs of his campaign. Even though campaigns don’t actually have Chief Executive Officers, they have managers. Either way those two people according to a new report from the Southern Poverty Law Center have been linked to a group known as the Counsel for National Policy. The Counsel for National Policy is listed almost as a hate group, but it’s ties, it’s people, it’s board of directors, its members have almost all been linked to some form of racism or bigotry throughout the years.

Let’s go through the list real quick from the Southern Poverty Law Center here. This Counsel for National Policy has Michael Peroutka, a neo-confederate who for years was on the board of the White Supremacist League of the South, Jerome Corsi of course who an Obama birther, also responsible for the Swift Vote Veterans attacks against John Kerry. We also have Mat Staver from Liberty Counsel who wants to criminalize gay sex, Philip Zodhaites who is another anti-gay activist. The website Addicting Info has the full list here. You can also find it at the Southern Poverty Law Center, but those are just a few people associated with this CNP group where two of Donald Trump’s campaign managers came from.

When you start to see Donald Trump out there talking and just being so hateful and horrible, you have to understand that he’s literally hiring people associated with white supremacists to run his campaign. This is what we should expect at this point. We’re not going to see anything different. In fact, if he gets the opportunity I’m sure he’s going to hire more CNP people to come be a part of his campaign because that’s all it is at this point. It really is just racism and hatred, hatred of black people, hatred of Hispanics, hatred of gay people. It doesn’t matter what you are as long at you’re not white, Donald Trump and his campaign absolutely hate you. That’s what the campaign stands for and that’s what everybody who supports that campaign stands for.