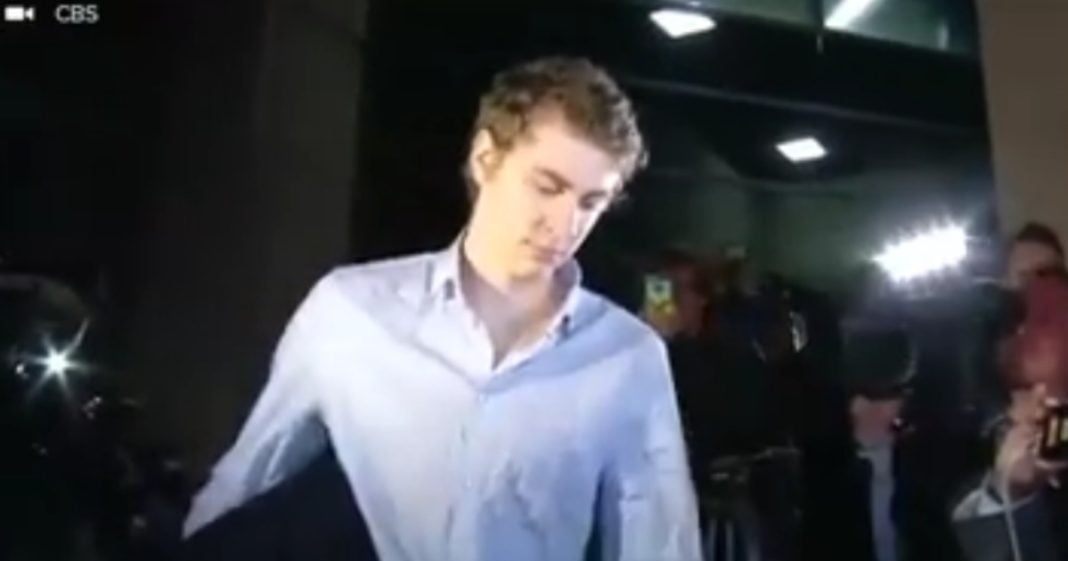 Just three short months after Stanford rapist Brock Turner was sentenced to a measly six months after violently raping an unconscious, inebriated woman behind a dumpster on their school campus, he is once again free to roam.

Turner was released halfway through his insultingly short sentence on Friday for reported “good behavior.”

Turner made national headlines for his trial three months ago when the judge gave the athlete an extremely small sentence, citing his athletic potential and a desire not to ruin his life as explanation for his weak sentence.

Public outcry created a dialogue about privilege and justice, questioning why it was more important that this man who committed a violent crime should have his future respected when he had forever altered another innocent person’s future.

As it turns out, Turner was just one of many young, affluent, white men who are forgiven for their horrendous crimes against others – especially women. Turner and others like him are often judged not by what they have done criminally, but by how skilled they are at a particular sport or how much money they or their parents have.

We can only hope that Turner does not commit yet another crime. Though prison is supposed to be for rehabilitation and to deter criminals, if all one has to face is a quick 3 month stint for raping a woman, what is to stop them from chancing it again?

It’s a dangerous precedent that our justice system has set, and we can expect these violent crimes to continue until we begin taking seriously the threat that men like Turner pose.