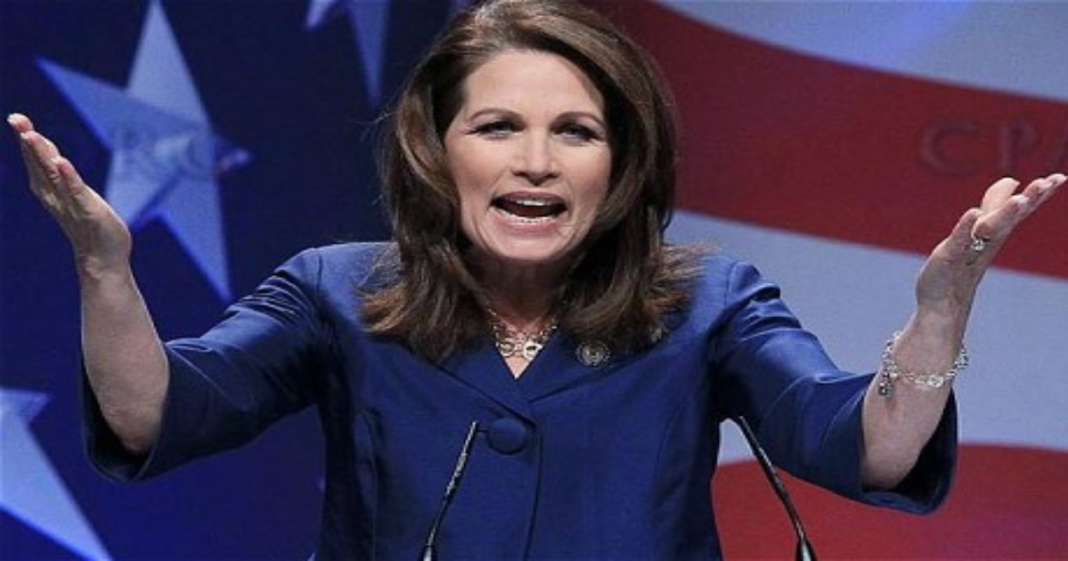 Though many feel that electing Trump would be the end of America as we know it, failed Republican candidate Michele Bachmann told her rabid supporters this week that not voting for Trump could signal the end of times.

According to Bachmann, who was recently made a foreign policy adviser to the Trump campaign, this election is really a test from the Christian God to see if we as a nation will embrace “godly” Trump or turn away from his devout religious beliefs in favor of evil Clinton.

Of course anyone who believes that Trump is an example of a good Christian man is not only delusion, but downright insane.

Either way, Bachmann and others see Trump as their only hope for an evangelical, God-fearing governmental leader, and they’re not above religious manipulation to get other religious folks to fall in line.

“This is it. Hillary Clinton – I’m not judging her spiritually or where she is at but we know where she’s going to come down on Supreme Court justices, she’s pro-Planned Parenthood. She’s for everything I’m against. I think it’s very clear. We’ve got a day and night contrast.

“You go from Genesis all through the Bible to the book of Revelation; man stupidly makes the same decision over and over again by rejecting life and choosing death. What I’m telling you is that’s what we’re looking at now in this country.”