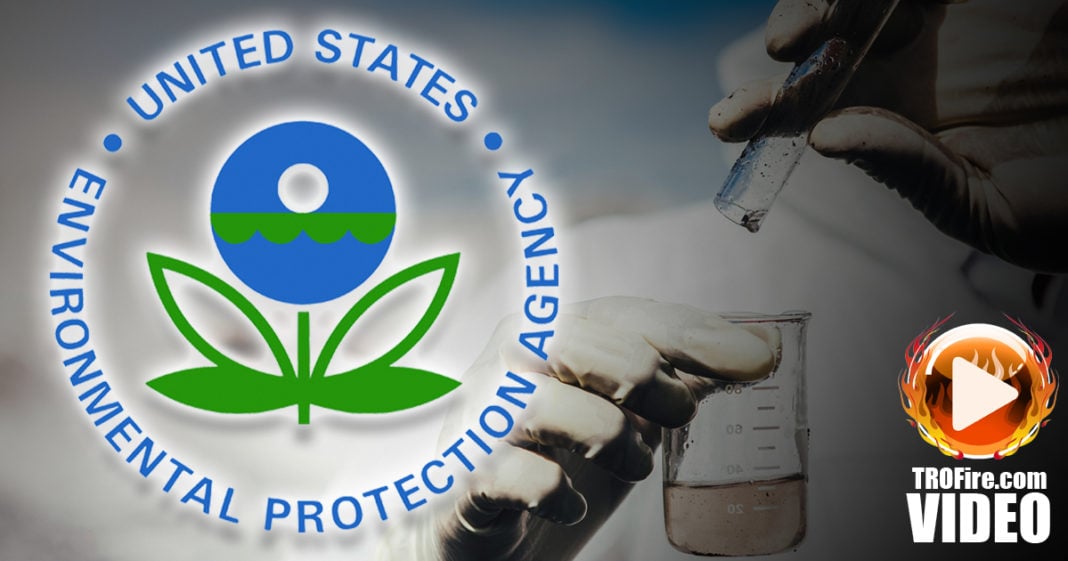 California is still reeling from a massive, years-long drought, but that hasn’t stopped the EPA from allowing fossil fuel companies to poison the few remaining aquifers in the state. The Ring of Fire’s Farron Cousins discusses this.

The state of California is still suffering from very severe drought. On top of that there’s actually large portions of the state that right this second are on fire. Nevertheless, the EPA, the California government and the environmental regulators along with the oil and gas industry are actually trying to make it a little bit easier for fossil fuel companies to go ahead and inject their poison, inject their pollution into underground aquifers. Now usually you would think, yes isn’t this a violation of the clean water act? It absolutely is until you start looking at the exemptions that our government has put into the clean water act because what’s happening in California and in at least 23 other states across this country is that if an aquifer is deemed too dirty to use for drinking water or extracting the water from there would be too costly, then polluters are allowed to come right in and inject all of their horrible toxins right into that water.

Now it doesn’t matter if that aquifer is right next to one that’s used for drinking water or used for irrigation or used for what have you, as long as that one particular one has been deemed a little difficult, hey it’s fair game for the fossil fuel industry to come on in and dump their carcinogens and walk away without ever having to pay a fine or be in trouble in any kind whatsoever from the federal government. We do know that these toxins will go from aquifer to aquifer. Water is not necessarily stationery. It will try to find the path of least resistance to continue on its way. That’s what’s going to happen here in California. We’ve seen it happen all over this country. We’ve even seen it happen in California. The fact that the California government, the United States Environmental Protection Agency is allowing this to happen in 23 states all over this country, that is disgusting.

We’re living in a time when people could be poisoned by almost anything. The talcum powder that they put on their bodies causes cancer. The round up that we spray around our houses to kill weeds, hugely carcinogenic. Pharmaceuticals are killing us. Medical devices are killing us. Medical malpractice is the third leading cause of death in the United States. Doctors are killing us. Do we really need another industry to come along and poison our lives everyday just because we want to drink water? Because that’s what it is. We’re letting them poison our drinking water. If this is how the United States wants to go, then we need to find a better form of government because clearly the one that we have isn’t working for the people anymore.