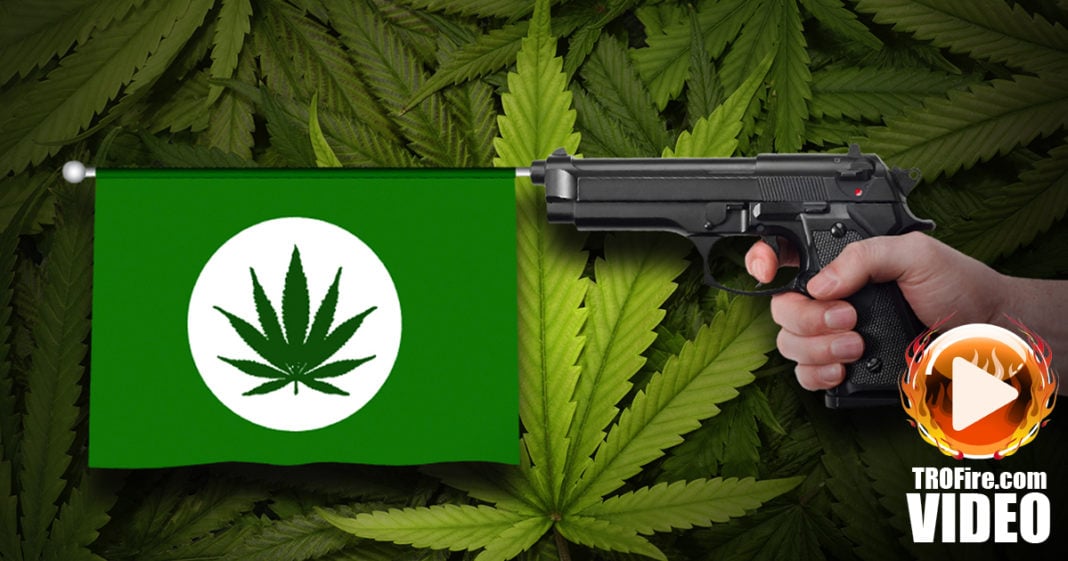 The 9th Circuit Court of Appeals says that medical marijuana users shouldn’t be allowed to own guns because drugs can impair your judgement and possibly make you violent. So why can’t we ban other dangerously violent people from owning handguns? The Ring of Fire’s Farron Cousins discusses this.

I fully understand the reasoning in that. Yeah, we don’t want bad people to have guns. There’s 2 problems with that. The first one, people who use marijuana does not make them a bad person. It doesn’t make them violent.

There is no scientific study available to show that marijuana use makes someone violent. In fact, from the best we can tell, it pretty much does the exact opposite. That argument falls flat on its face.

Secondly, if you’re going to deny a gun to potentially dangerous people, why not start with the no fly list, the people that are suspected of being linked to terrorism? Those people can still buy guns. What about the guy that goes out and drinks 18 beers a day and gets loaded off his butt every night? He can still buy a gun even though his brain is shot.

What is so bad about the medical marijuana users that they can’t own a gun? This is absolute insanity. Here is a little silver lining here. Under this Court’s reasoning, that these people would have impaired judgement capabilities, a smarter Court could come along and take that ruling and extend it to anyone who’s ever been drunk, anyone who drinks more than 10 drinks a week, anyone who’s ever been in prison, anyone who’s on the no fly list, anyone who’s ever had to go to therapy for anger issues. We could stretch this ruling all across the board and finally, maybe get the gun control that this country deserves.

The medical marijuana people are the least of our concerns. They’re not even doing it because they enjoy getting high. They’re doing it medically. They have a card. They’re legally allowed to do this. Again, I hope that a smarter judge than what’s on the 9th Circuit comes along and extends this ruling to anybody who could potentially be dangerous. Then we might actually begin to see a reduction in gun deaths in the United States.