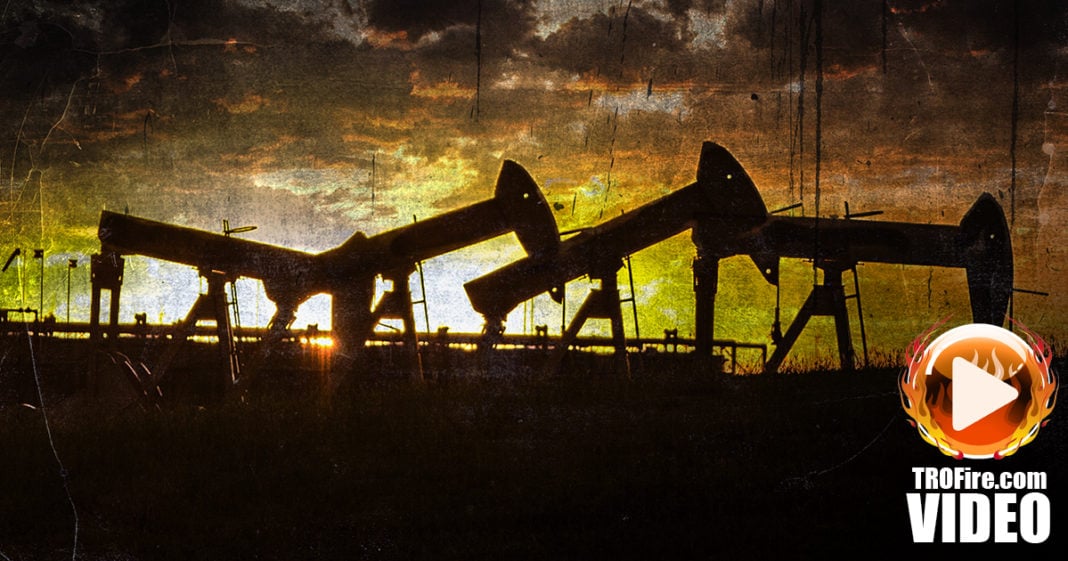 The US Chamber of Commerce has taken a page out of the Donald Trump handbook by telling people that Hillary Clinton wants to immediately halt all fossil fuel exploitation on federal lands.  Not only is this a lie, but their numbers talking about the economic consequences of this are way overblown.  The truth is that switching to 100% renewables IS possible, and it would actually be a huge boost to the US economy. Ring of Fire’s Farron Cousins discusses this.

The U.S. Chamber of Commerce is taking a page out of the Donald Trump playbook. In fact, they’re actually using Donald Trump’s own talking points in a new study trying to discredit Hilary Clinton and the entire Democratic party’s energy policy. According to this new report from the U.S. chamber of Commerce, the largest business front group in this country, Hilary Clinton if elected would immediately end fossil fuel production in the United States. Obviously, if she does that, that’s going to destroy our economy. It’s going to destroy jobs. It’s going to basically destroy everything that we hold dear. So whatever you do, according to the chamber of commerce, don’t vote for Hilary Clinton.

Now, I am no big fan of Hilary Clinton’s environmental policies. We saw her flip-flop when she told coal industry that, “Hey I’m going to invest thirty billion dollars to get you out of the coal industry and put you in the renewable energy industry.” Then, she said “You know what? Nevermind. Coal’s going to be an important part of our energy future.” Not a good thing to say.

There has not been a single presidential candidate, including Bernie Sanders or Jill Stein who are both great on the environment. There has not been a single candidate who has said that they want to immediately end fossil fuel production offshore, on federal lands, anywhere in the United States. Nobody has said that. This U.S. Chamber of Commerce report is completely fiction. Not only that, but their estimates of the economic damage that would be caused if we immediately stopped fossil fuel production on federal lands, they’re way over blown by about a factor of ten.

Yeah, if we stopped all fossil fuel productions it would hurt the United States at first briefly, barely. Once we transition those workers into renewable energy fields, train them, give them good paying jobs there, the economy is going to rebound faster than it’s ever rebounded from any recession or depression in American History. We have the technology to do that. I would firmly support any candidate that came out and said “The day I am elected is the last day the United States will ever drill, mine or frack on our own soil.” I would love that. No candidate is willing to do that.

For the U.S. Chamber of Commerce to come out and try to use this to attack Hilary Clinton, have they not been paying attention to the fact that she has received more money from the fossil fuel industry than Donald Trump? I mean, that’s what we should be concerned about. That’s what we should be talking about. The U.S. Chamber of Commerce should be throwing all of their support behind Hilary Clinton because, yeah, she believes in climate change but just like President Obama. She’s not going to do a damn thing about it.