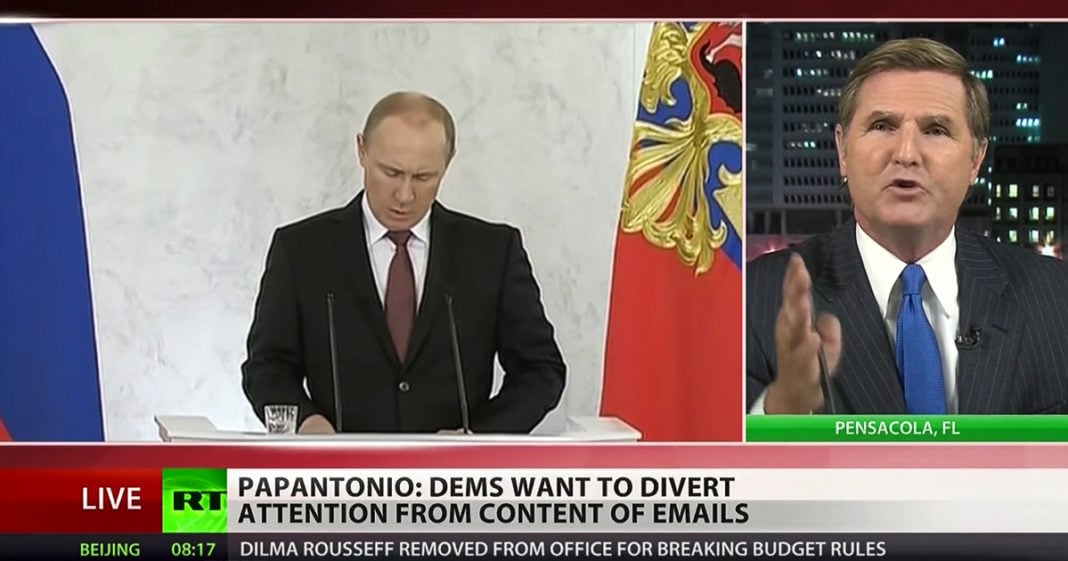 With the FBI revealing that hackers have targeted voter registration systems in Arizona and Illinois, as well as a new document dump that ‘Guccifer 2.0’ says he hacked from computers of congressional Democrats, party leaders are blaming Russia and trying to tie their critics and rivals to Moscow. Ring of Fire Radio host Mike Papantonio joins ‘News with Ed’ to discuss whether the Democratic Party has turned Russia into its monster under the bed.