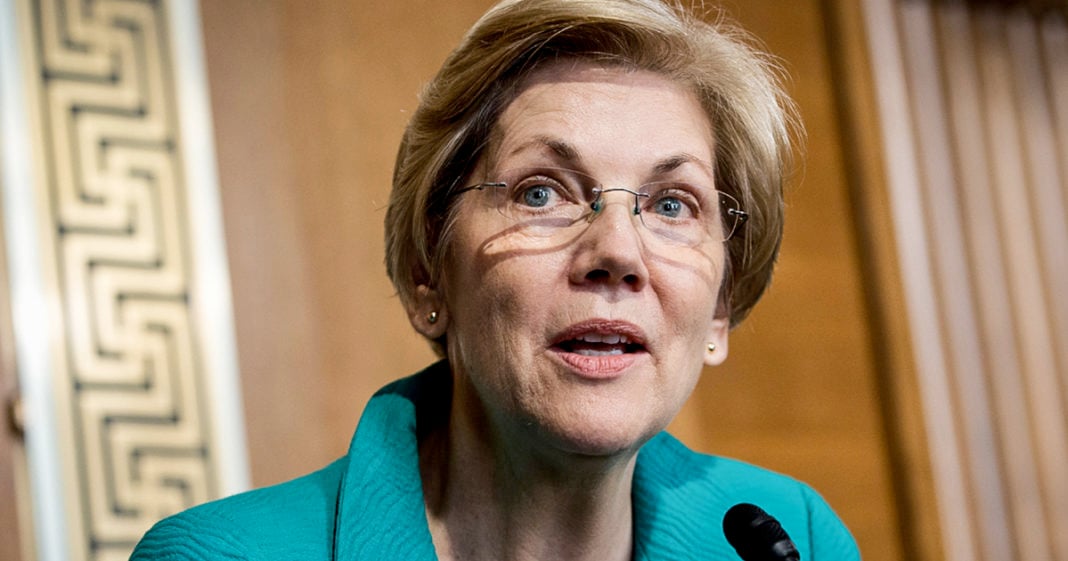 Senator Elizabeth Warren has set her sights on yet another barely-regulated agency which is taking advantage of poor and sick Americans to rake in a hefty profit.

Warren and a group of other senators have drafted a letter addressed to EpiPen producer Mylan, who made headlines last week for marking up the price of the life-saving device over 500 percent.

20 senators addressed the company, questioning the practices which Mylan claims led to the price increase. The senators also criticized the company’s choice to provide a coupon rather than simply lowering the price, saying it bordered on violating ethical principles and worked to drive up the overall price in the long run.

In particular, Warren seemed focused on the recent news that Mylan plans to soon release a generic version of EpiPen for a fraction of the price. If the company had the ability and resources to to cut the price all along, why did they wait until national pressure mounted and forced them to?

“The EpiPen…has become so exorbitantly expensive that access to this life saving combination product is in jeopardy for many Americans. Mylan’s near monopoly on the epinephrine auto-injector market has allowed you to increase prices well beyond those that are justified by any increase in the costs of manufacturing the EpiPen.”

It is encouraging to see that 20 of our U.S. senators have begun to take action on this Big Pharma injustice, but it goes without saying that a mere letter to one company is not enough. Congress should draft legislation to correct this gross inflation of necessary medication, controlling Big Pharma so that greed and profit no longer can be placed before the health and well-being of citizens.