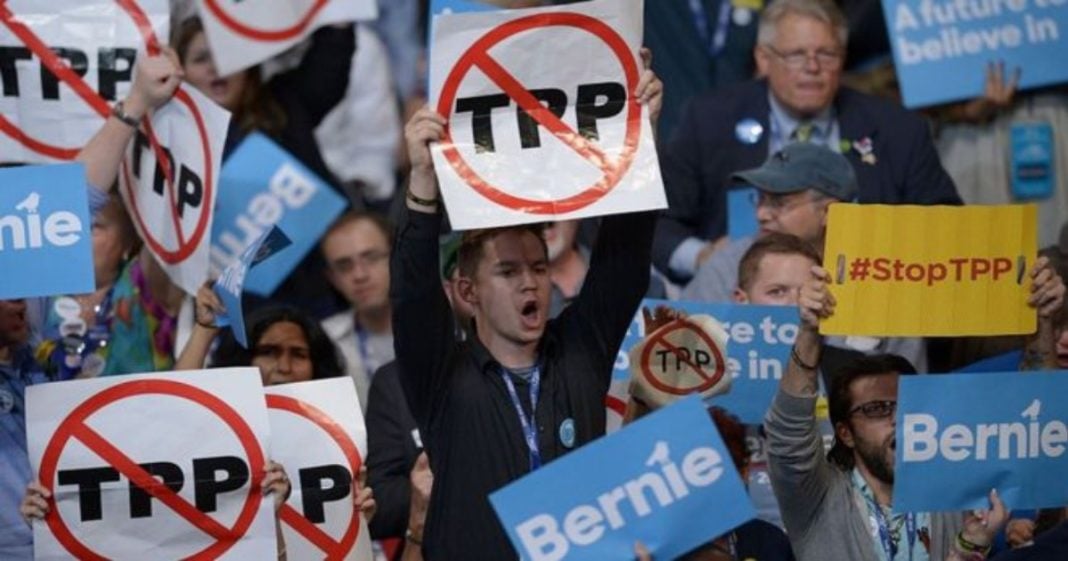 Very few people are aware of the system known as the ISDS, the existence of which threatens the very principle of national sovereignty – and even Democracy itself. The acronym stand for Investor-State Dispute Settlement, and it is part of every bad free trade deal passed since the 1990s. It is at the heart of the worst one of all, the Trans-Pacific Partnership, yet President Obama is still determined to shove it down our collective throats.

The ISDS system, which stands outside of a sovereign nation’s own judiciary, was put in place in order to provide a neutral platform for dispute resolution under international law – protecting citizens and preventing trade and business disputes from escalating into all-out war. For example, if Company X builds a factory in Kazakhstan, and the Kazakhstanian government seizes control of the facility or the company’s financial resources, Company X can go through the ISDS in order to sue that government (read about a specific case here).

The primary danger is that rulings made in such a court can supersede national law. A multinational corporation that doesn’t care for a country’s environmental regulations or rules on worker protection can sue the government, effectively overturning such laws. Worse, the hearings are conducted before a tribunal consisting of three private attorneys who frequently switch roles – acting as judge in one case, and representing corporations in another.

It’s not hard to figure out what happens next. When the corporation prevails, the government being sued must pay up. As of June 2015, lawsuits under this system has cost U.S. taxpayers $440 million. Most ISDS cases involve challenges again a country’s environmental laws, worker health and safety regulations, and national resource policies.  During the first thirty years of the system’s existence, fewer than 50 such actions were filed. However, since the introduction of so many “free trade” deals, the number of ISDS lawsuits has exploded.

There is another reason for that increase that has opponents of the TPP greatly concerned. As it turns out, the ISDS is becoming yet another way for the 1% oligarchy to gamble by speculating on lawsuits. One way they do this is to purchase companies with a cause of action to bring an ISDS suit. These financiers are even known to set up shell companies for no other reason than to sue a government – then sit back and reap their ill-gotten gain. In many cases, they will even finance such a company’s lawsuit. In the past, this kind of third-party lawsuit funding was known as champerty and was illegal.

According to the website Public Citizen, if President Obama signs the TPP into law, as many as 9000 more multinational corporations will have the right to sue the U.S. government under a system that is secretive and corrupt – and it will accelerate the transfer of wealth away from those who actually work and produce into the pockets of a tiny, elite plutocracy.

Yet Mr. Obama, for all he has done to help average Americans, continues to insist that the treaty will “do even more to lower the costs of exporting, eliminating taxes and custom duties and raising intellectual property standards that protect data and ideas and jobs.” He fails to mention that it could (and likely will) cost American taxpayers billions of dollars, sending that money straight into the coffers of the 1%.

Although President Obama is encountering stiff resistance from Congress and both Clinton and Trump stand against the TPP, he could still push it through during the coming lame duck session. However, if he is to succeed, he will have to address a number of issues – not the least of which is the ISDS.