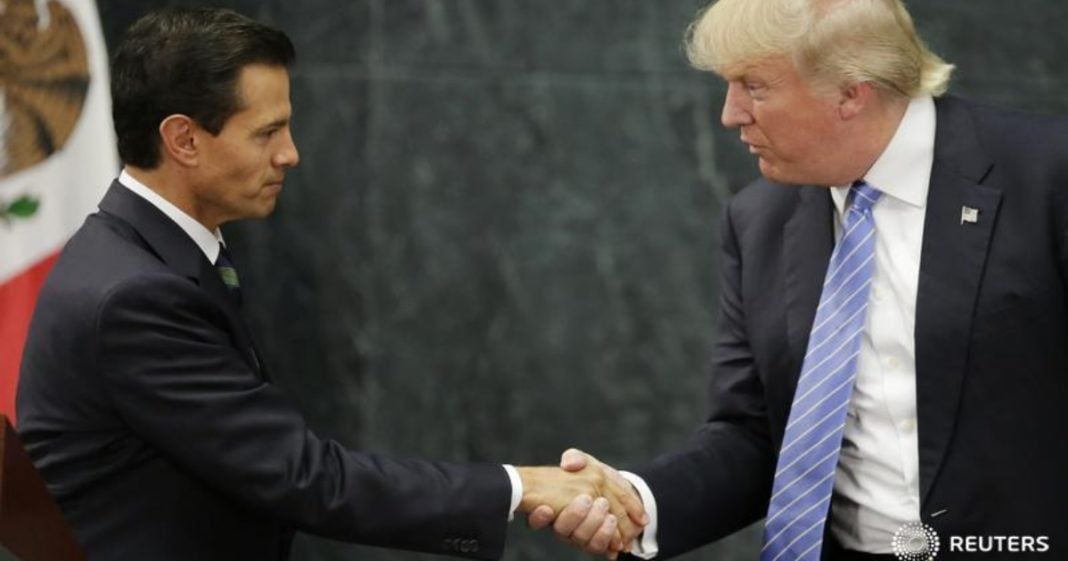 In a sudden press event which dodged the actual American press, Donald Trump flew off in his private jet to attend a secret meeting with Mexican president Enrique Peña Nieto.

Nieto, who has criticized Trump heavily in the past for his anti-Mexican comments, stood side-by-side with the Republican candidate and the two men addressed the assembled gaggle of international press.

Trump issued a wooden-sounding speech in which he laid out several goals shared between the two nations. Trump kept his remarks pro-Mexico, despite his repeated rhetoric through the election cycle.

Clearly, the fact that he is lagging so far behind is starting to affect the nominee, and it is a bizarre pivot for him to agree to such a positive meeting with the Mexican leader.

Trump to @EPN: "It has been a tremendous honor and I call you my friend" pic.twitter.com/wHZgA7Tg9E