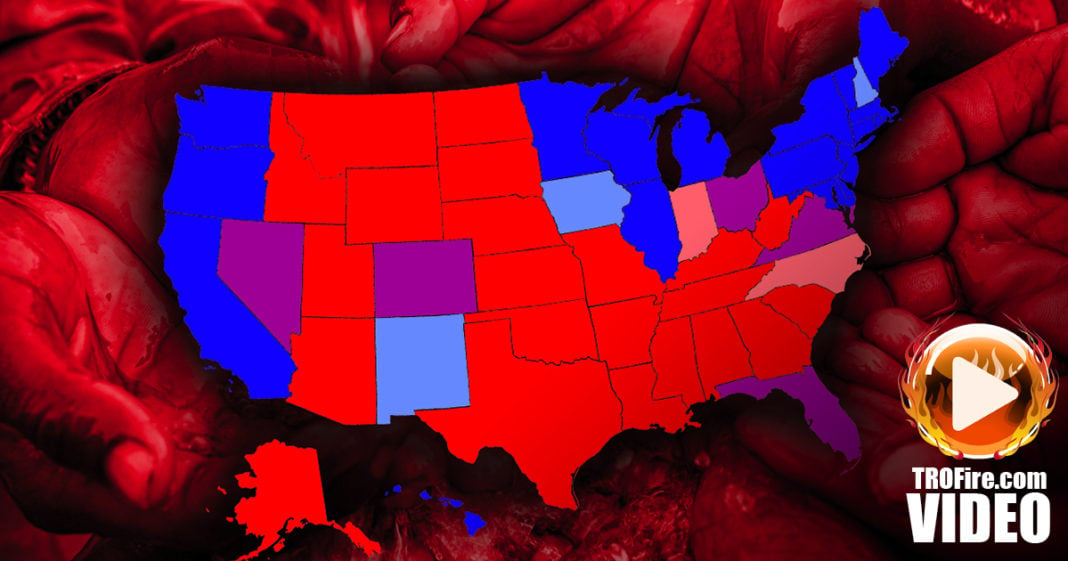 A new study reveals that states led by Republicans, and those who appear to hate President Obama the most, are actually the ones more dependent on government money to stay afloat. The Ring of Fire’s Farron Cousins discusses this.

In what should come as a surprise to absolutely no one in this country, a new study shows that red states, states that opposed President Obama’s policies, states that continuously vote for Republican leaders, turns out that those states are actually more dependent on federal government funding than states ran by Democrats and states that actually support President Obama. Here is what the latest set of data shows us. States run by Republicans, states that voted against Obama in both elections rely on federal funding for about 34% of their total state budget. States that voted for Obama twice, the average federal funding for their state budgets is only 29%.

That is not a huge difference until you start breaking it down state by state. We have Mississippi and Louisiana, two for the reddest states in this country that rely on the federal government to come up with 40% of their state budgets. Tennessee, Kentucky, Missouri, Georgia 36% of their federal budget comes from the federal government. Now here is the thing about this, a lot of people say, “Well, okay, so what? What does it matter?” State governments have to balance their budget every year and Republican politicians, Republican governors, state representatives, state senators go out there during elections, like they are doing right now, saying, “Look, we’ve balanced the state budgets.”

Well no, no you didn’t. You had to get President Obama to come in and bail your ass out because you gave tax breaks to corporations, because you can’t bring businesses into your state to create jobs, that is why you are not getting any income tax into your state, that is not why you are not getting any economic revenue, any economic activity, nothing is happening in the state because you have destroyed it. You allowed corporations to call the shot and then at the end of the year, you go crying to those big bad liberals in Washington to bail your ass out. This election season, when you see a Republican running for governor or state office and they say, “Look, we’ve balanced the budget.” Understand that that means that they crawled on their hands and knees to President Obama, begging for cash so that their state didn’t go bankrupt.

That’s the side of the story that they don’t want you to know but that is absolutely what is happening in these red states, these Obama-hating states, these racist states all over the American South.