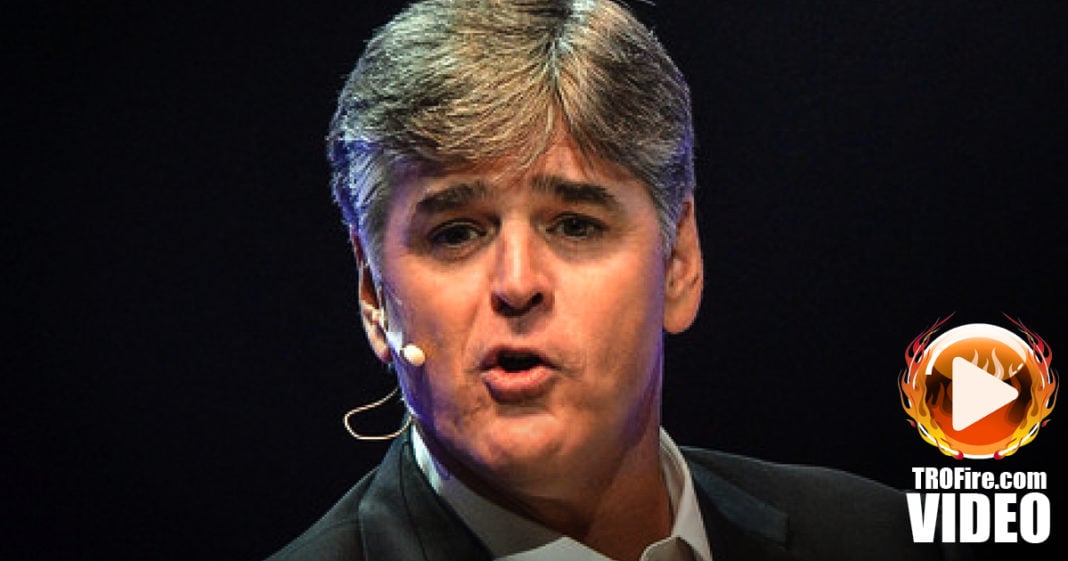 Sean Hannity is fed up with conservatives who won’t back Donald Trump, and he launched into an unhinged tirade against his former friends on his radio show.  But this anger has less to do with electing Republicans and everything to do with a small little man who believes that he has become politically impotent. Ring of Fire’s Farron Cousins discusses this.

Farron: Sean Hannity still can’t handle the fact that not everybody in this country absolutely loves Donald Trump. He’s not mad at Democrats right now, he is actually directing his anger directly towards Republican. Just listen to what he had to say on his radio show earlier this week.

Hannity: Let me just say, whether your want to hear it or not, I don’t care if you’re Wall Street Journal, some people at National Review like Jonah Goldberg, National Review in general. With all due respect, both my kids are pretty competitive athletes and one of the things you learn being an athlete is got to learn to be a gracious winner and a good loser if you lose. You can’t be a sore loser in life and some of you people are acting like sore loser, crybaby, bad sports, pick your toys up and go home type of people.

Now my promise to my audience in March of 2015 was I’m going to give as much air time to all the candidates on radio and TV and let the people decide, and they decided in record numbers, Donald Trump. Then I said in March of 2016 that I’m going to support he nominee and some of you were going to be emotional and I knew that this was going to happen. Well let me just to say to all of you, and that includes the commentator class, that includes the Jonah Goldberg class, that includes radio talk show hosts. Glenn Beck is on a, it’s a holy war for him at this point. I mean he’s off the rails attacking me everyday, blaming me for Trump. Well no, I was fair to everybody Glenn, whether you want to admit it or not. I know I was fair. My conscience is clear and I frankly, I’ll proudly pull the lever for Donald Trump with a clear conscience.

Farron: Hannity is basically accusing all of these anti-Trump Republicans of being children. Whiny little crybabies, as he calls it. He says to the National Review, “You own Hillary Clinton.” He says to Glenn Beck, his former coworker, “You own Hillary Clinton.” Let me tell you something, Sean Hannity. In you incessant push for Donald Trump to become president, let me tell you what you own. You own the attacks on Muslims throughout this country that are happening as a direct result of the rhetoric used by Donald Trump. You own the attacks on immigrants that are happening in this country as a direct result of the rhetoric of Donald Trump. You own the racism, the oppression, and the anger that is coming out of this hard-right Donald Trump movement.

Sean Hannity, you own that. You’ve pushed it for years on Fox News. This is your baby. You deal with the consequences. Here’s the thing. I don’t think Sean Hannity’s actually angry that some of these Republicans don’t want to throw their support behind Donald Trump. Sean Hannity’s angry because he has become politically impotent. He is realizing now that he does not have the power that he once had in this country, the power that he used to have back in the Bush years. He doesn’t have it anymore. No one’s listening to his advice. No one cares about his insane rants. He’s terrified of losing that power because once he loses that, he fades off into obscurity.

These little tirades that he’s been going on recently are just proof that this man is so scared to death because he sees the end coming for him and it’s not pretty. Let me tell you, it may not be pretty, but is sure as hell is long overdue.