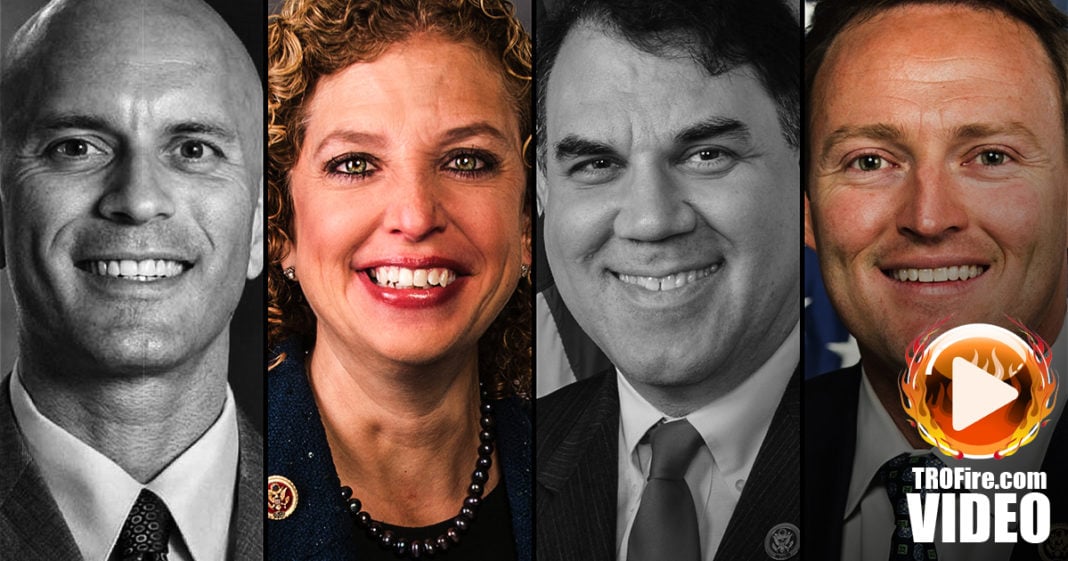 Both Alan Grayson and Tim Canova lost their bids for the Senate and House races, respectively, with voters picking the corporatist, establishment Democrats over the real progressives. Ring of Fire’s Farron Cousins discusses this.

Yesterday a pretty bad day for progressives, at least in the state of Florida. We had both Debbie Wasserman Schultz and Patrick Murphy defeat Tim Canova and Alan Grayson respectively in their races for the house nomination and the senate nomination from the state of Florida. Wasserman Schultz’s win over Canova is particularly disappointing and, to be honest, disgusting because it shows that the voters in South Florida do not care about corruption.

What would it take for vote this woman out of office? She resigned as the chairwoman of the Democratic National Committee in disgrace after it was revealed that she was actively working to degrade and basically derail the candidacy of Bernie Sanders. Whether or not her influence there had any real impact on the Sanders campaign is up for debate. Unfortunately that’s not something that we can actually measure so there’s really no way to know. Hillary Clinton did win the nomination by 3 million votes. I don’t think Wasserman Schultz had that kind of power. Still, what she did was disgusting. It was deplorable. It shows that she’s unfit for office.

When you look at her voting record her decision to let payday lenders continue to run without any regulation, screwing over poor people all over this country, this woman is not a democrat. She is just as corrupt as republicans. She votes with republicans. She may as well be running as a republican.

On the senate side Patrick Murphy defeated Alan Grayson. Alan Grayson obviously been in the headlines recently for all the wrong reasons. This one is not as much of a shock, but it still stings a bit when you consider the fact that Patrick Murphy, who was a democrat in the house, now he’s trying to beat Marco Rubio for the senate seat, believes that President Obama should approve the Keystone XL Pipeline. He’s voted against regulations for fracking. He thinks natural gas is a wonderful bridge fuel. He has voted against certain provisions of the affordable care act that would help consumers. This guy also, just like Debbie Wasserman Schultz, is a republican. In fact, up until a few years ago Patrick Murphy actually was a republican. His father owned a company that spawned a little spin-off during the BP oil spill that he let Patrick run to do cleanup of the oil spill. They did very little, pulled in millions of dollars. This guy is another scam artist. He is another just jackass republican who’s running as a democrat because he thinks it’s going to help his chances.

According to polls, unfortunately, Marco Rubio’s going to win the overall senate seat. He beats Patrick Murphy and he would’ve beat Alan Grayson too, according to the polls at the time.

Here’s the big picture, though. We did have progressive ballot initiatives that prevailed. Tax break for solar energy. Phenomenal measure and it passed in the state of Florida. We elected, or we put actually, in the nominations these two [inaudible 00:03:18] democrats. The question is what’s it going to take?

We look around this country and we see that the democratic party is moving further and further to the right, as the republican party moves further and further to the right. The evolution of the democratic party in the last 8 years has been absolutely disgusting. 8 years ago somebody like Patrick Murphy would not have had a chance in hell to beat somebody like Alan Grayson. 8 years ago if Debbie Wasserman Schultz’s little scandal had come out then she would’ve been out of office for about 8 years now. That’s how things used to work, but the democratic party has become so corrupted by money and power that they’ve lost sight of what they used to be. That’s a shame for anyone who calls themselves a democrat, and more importantly, it’s a shame for this country.