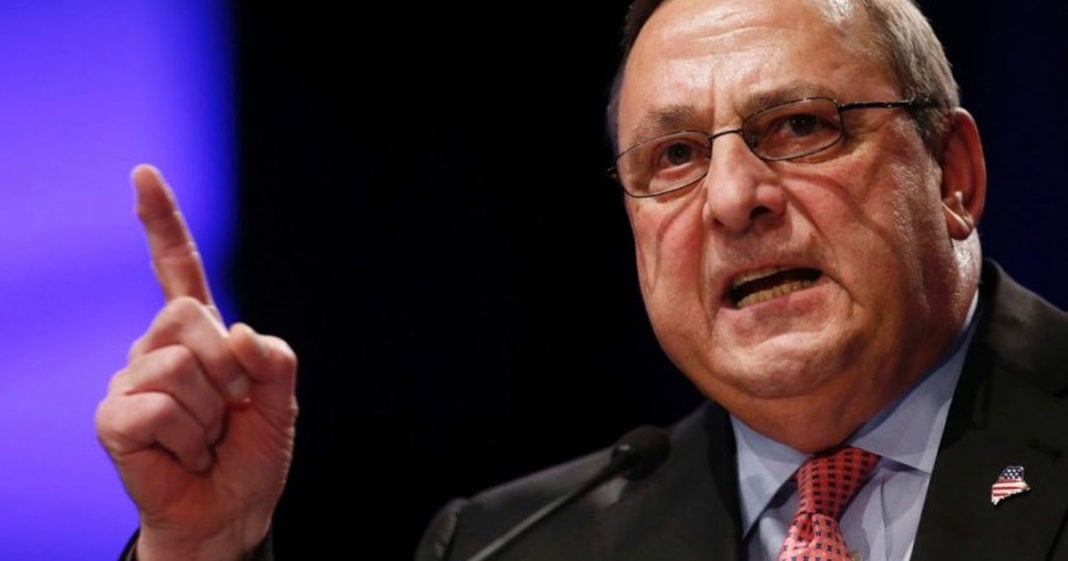 After a long line of gaffes, Paul LePage seems to have finally learned a valuable lesson: don’t talk to the press.

No, LePage didn’t learn that his racial comments are completely out of line or that he really shouldn’t leave profanity-laced voicemails to fellow politicians – instead, LePage says that he is proud to remain Maine’s governor and that he doesn’t plan to talk to to the press ever again because all of his troubles are the fault of the big, bad media.

“I will not resign.”

He also said that he won’t be seeking any sort of professional health for his clear anger issues or his less clear substance abuse issues.

“I’m not an alcoholic and I’m not a drug addict and I don’t have mental issues. What I have is a backbone, and I want to move Maine forward.”

It was then that LePage offered his solution for all of the attention he has been getting.

“I will no longer speak to the press ever again after today. And I’m serious. Everything will be put into writing. I’m tired of being caught in the gotcha moments.”

There you have it. No apology for the way he spoke to Rep. Gattine nor an apology to the people of Maine for miring them in so much controversy. Just like his fellow Republican hot mess (Guess who?), LePage blames it all on the evil media.