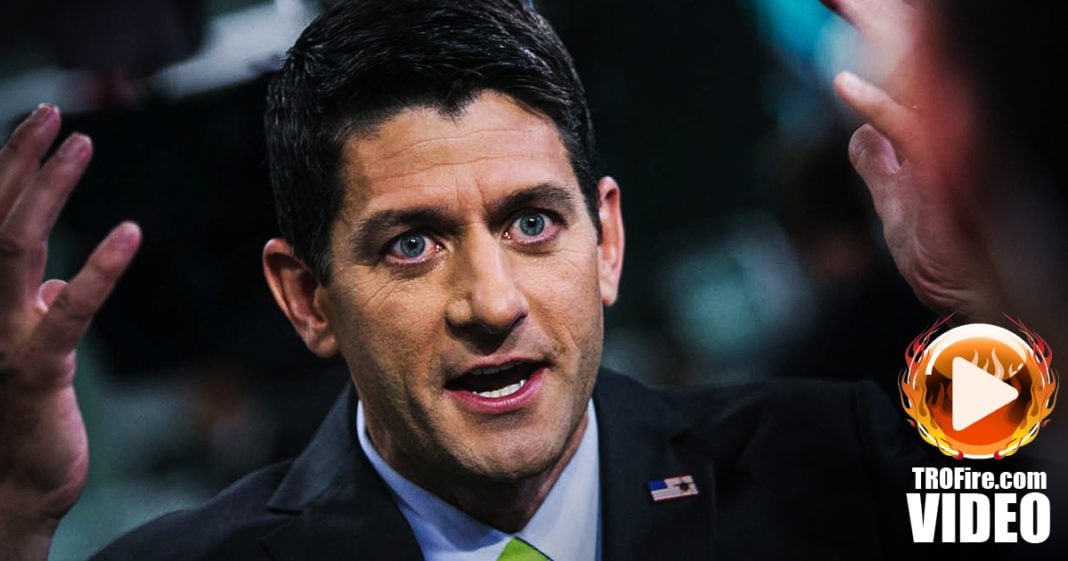 Paul Ryan has been Speaker of the House for less than a year, and already his ultra-right colleagues are plotting against him.  Apparently the hard-right Tea Party favorite still isn’t conservative enough. Ring of Fire’s Farron Cousins discusses this.

Paul Ryan has been Speaker of the House for less than a year, and already he is facing essentially a coup from the hard right conservatives in the US House of Representatives particularly the 40 members of the House Freedom Caucus. According to reports there are ramblings all throughout Washington that these 40 House Freedom Caucus members, the hard right, further to the right than the tea party group are trying to undermine Paul Ryan’s agenda only to pass their own agenda instead.

What they’re proposing to do amongst themselves is to prevent Paul Ryan from winning the first ballot election for new House Speaker after the November elections. They want him to lose that first ballot just so they can prove to him that he is not all powerful and to hurt his future chances to run for president of the United States. What is the House Freedom Caucus want? They want more power in the House of Representatives. According to their demands here they want more House Freedom Caucus members on committees, they want a say in who gets to staff the sub committees, they want all of this power not realizing that in Washington you have to be elected into a majority group in order to have that power.

The republicans do have that power, but the House Freedom Caucus is not their own party and they kind of forgot how the game is played in Washington. The scary thing about this group is that they really are these far right, I guess now we have to call them alt right republicans. They don’t care about consumers, they don’t care about anything that would actually help American citizens. It’s all about corporations, it’s all about oppression, it’s all about holding other down while you lift up the profits of CEOs and executives and Wall Street bankers. That is all that this group stands for.

For them to come out and say that we’re going to go after Paul Ryan, I’m all four attacking Paul Ryan, the guy is an asshole, but the House Freedom Caucus, those guys are even scarier than Paul Ryan.