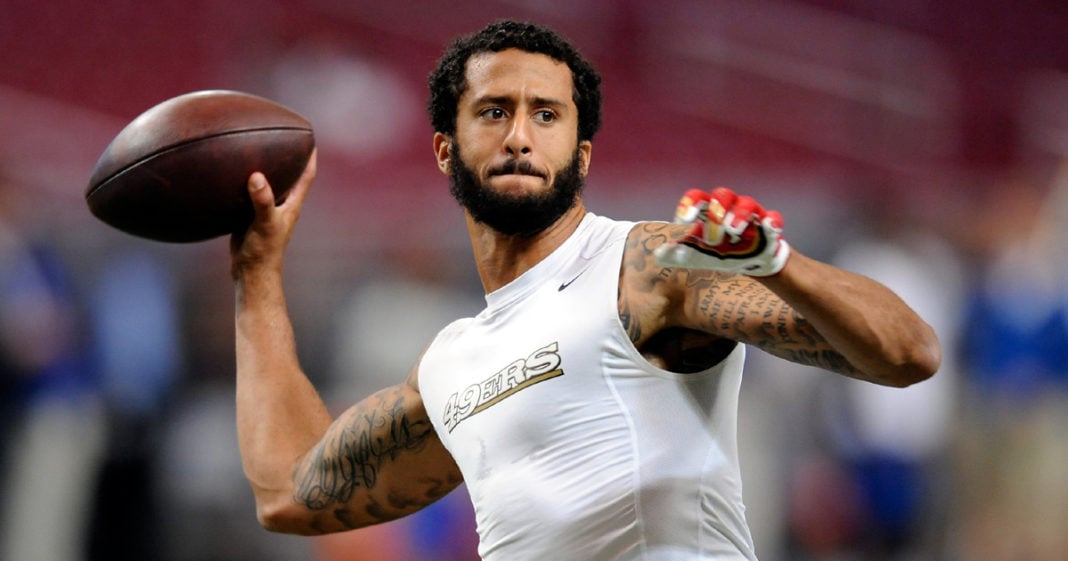 Bryan Pruitt, RedState & Danielle Blevins, Freelance Reporter & George Landrith, Frontiers of Freedom joins Thom. In a column today for the Washington Post – Kareem Abdul-Jabbar – himself no stranger to controversy – wrote that “What should horrify Americans is not Kaeper-nick’s choice to remain seated during the national anthem, but that nearly 50 years after [Mohammed] Ali was banned from boxing for his stance, and Tommie Smith’s and John Carlos’s raised fists caused public ostracization and numerous death threats, we still need to call attention to the same racial inequities. Failure to fix this problem is what’s really un-American here.” Isn’t Kareem Abdul-Jabbar right? And isn’t it time we moved beyond an understanding of patriotism that relies on mindlessly saluting a symbol without any critical analysis whatsoever?