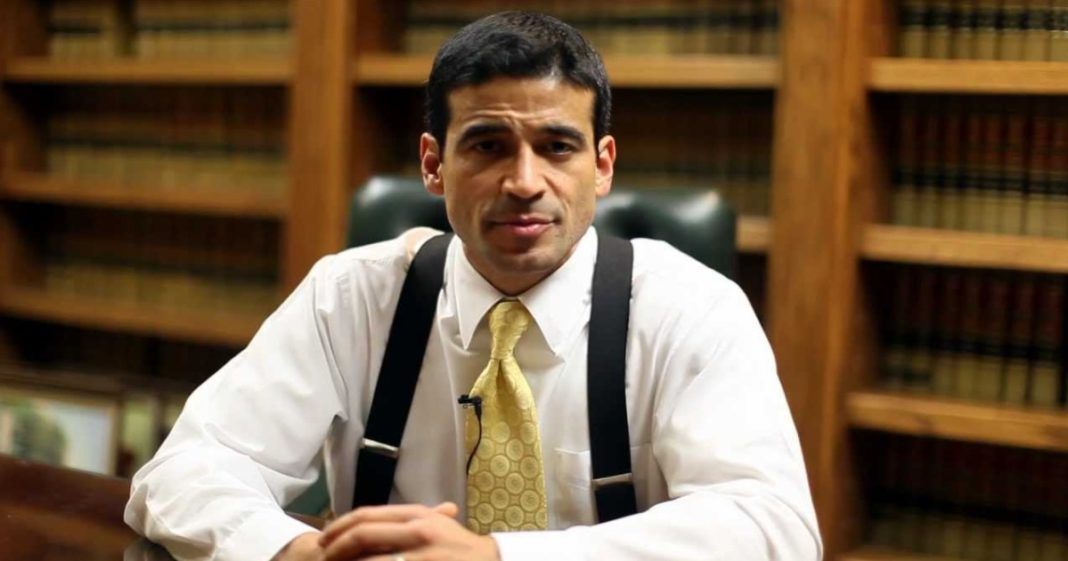 The anti-vaxxer crowd has earned a major victory which puts us all at risk as a San Antonio district attorney has stuck his nose where it didn’t belong and has come out as an official-seeming voice to declare that vaccines do cause autism.

Bexar County D.A. Nico LaHood apparently decided he wanted to make a national name for himself and chose to make this despicable video for propaganda organization Vaxxed Nation.

Without providing any evidence or explanation, LaHood simply introduced himself and said with no hesitation that vaccinations can and do cause autism – a widely debunked and dangerous idea.

“I’m Nico LaHood. I’m the criminal district attorney in San Antonio, Texas. I’m here to tell you that vaccines can and do cause autism.”

LaHood’s anti-vax advocacy didn’t stop there. He also arranged to screen an anti-vax documentary at a local movie theater and sent out invitations to the event.

In response to the video posted online, parents and residents of San Antonio expressed their outrage, saying that they felt it was reckless and irresponsible for the D.A. to make such a public statement about such a serious topic.

A D.A. has no business talking about topics pertaining to health, especially one as important as this one. If LaHood were to get his way, children in his town would be left vulnerable to easily preventable diseases. Children can and will die because of his reckless statement.