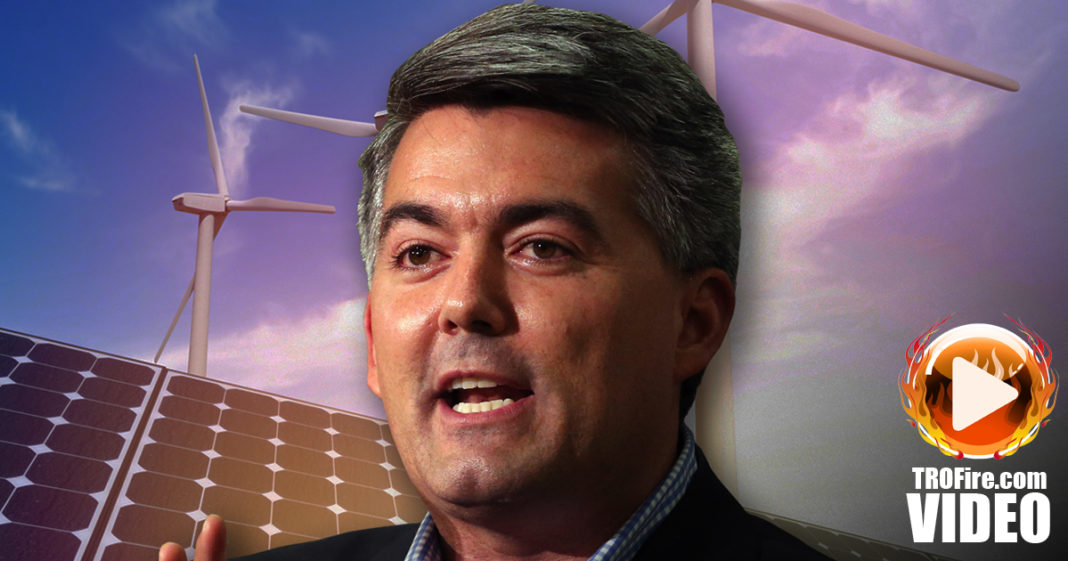 A Colorado Republican says that any candidate for office who thinks we should move away from fossil fuels should be banned from public office. You know, because screw the climate. The Ring of Fire’s Farron Cousins discusses this.

Cory Gardner, Republican senator from the state of Colorado is pissed off right now. He’s pissed off at the Greens, the climate activists, the environmentalists. He says that this whole, Keep it in The Ground, campaign that’s going on is absolutely detrimental to America. Well, that’s nothing new for Republicans. We’re used to hearing stuff like that, but Gardner has gone a step further.

Cory Gardner, Republican senator from Colorado believes that any person who does not believe that fossil fuels are still going to be the way of the future, any person who believes that we should transition from fossil fuels to clean energy, is unfit to hold public office. That is what Cory Gardner believes. That is what he said. Here’s the question, Mr. Gardner. Have you been paying attention to anything that’s happened in the world in the last 10 years?

I mean, go turn on the news right now. You may not see coverage of the floods that are still taking place in Louisiana, but I’m sure there’s going to be a mention of it on the ticker. I mean, the corporate media sucks at covering climate disasters, but that doesn’t mean they’re not happening. What about the wild fires out in California that nobody is talking about? That is happening. The massive heatwave that’s gripped the country right now. The rising sea temperatures all the way up to the state of Maine. Record high for the water temperatures up there. You don’t think that that’s a problem? You don’t think that that’s happening?

Look, you may love the money that the fossil fuel industry gives you for your campaigns. I know the fracking industry is really big in Colorado right now. I’m sure they’re padding your pockets as much as possible to come out there and say this stupid stuff. That doesn’t make it real. That doesn’t make it true. In fact, I would say that the opposite of your statement is true. Any politician who is dumb enough to think that we do not need to invest in clean energy is not intelligent enough, and does not possess the mental faculties necessary to hold or even run for a public office. You, Mr. Gardner, are exhibit A of the type of person who is not smart enough to be an elected official.