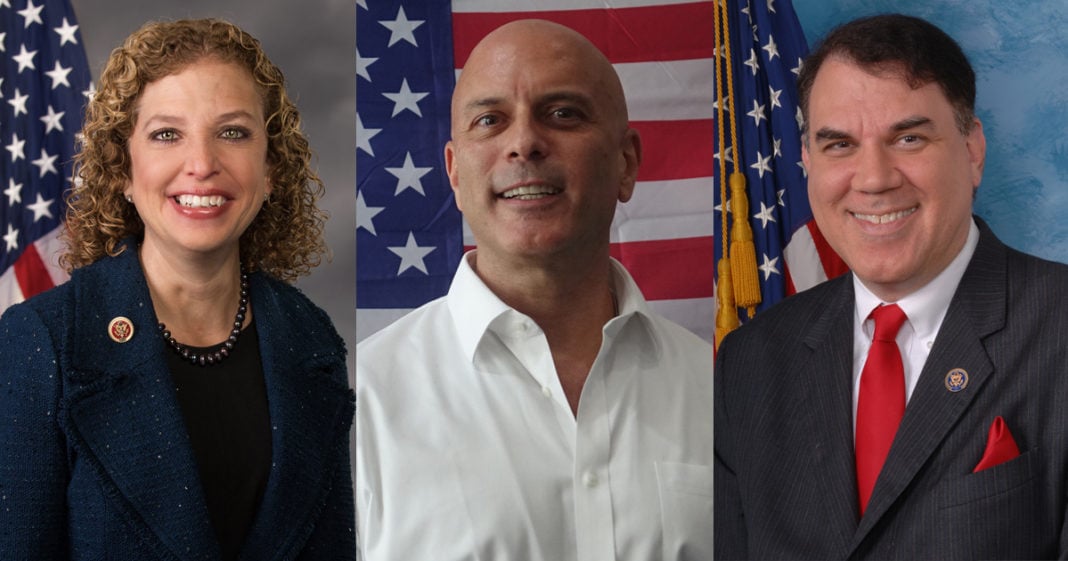 Voters in Florida are to decide the future of former Democratic National Committee chairwoman Debbie Wasserman-Schultz who resigned after the DNC leaks which revealed the party favored Hillary Clinton over Bernie Sanders. Her opponent, Tim Canova, has received much of his funding through the so-called Bernie Sanders revolution. Florida voters will also choose between progressive congressman Alan Grayson and establishment favorite Patrick Murphy. For more on this, Mitch Caesar, former Florida Democratic Party Chair and member of the DNC Executive Council, joins ‘News With Ed.’