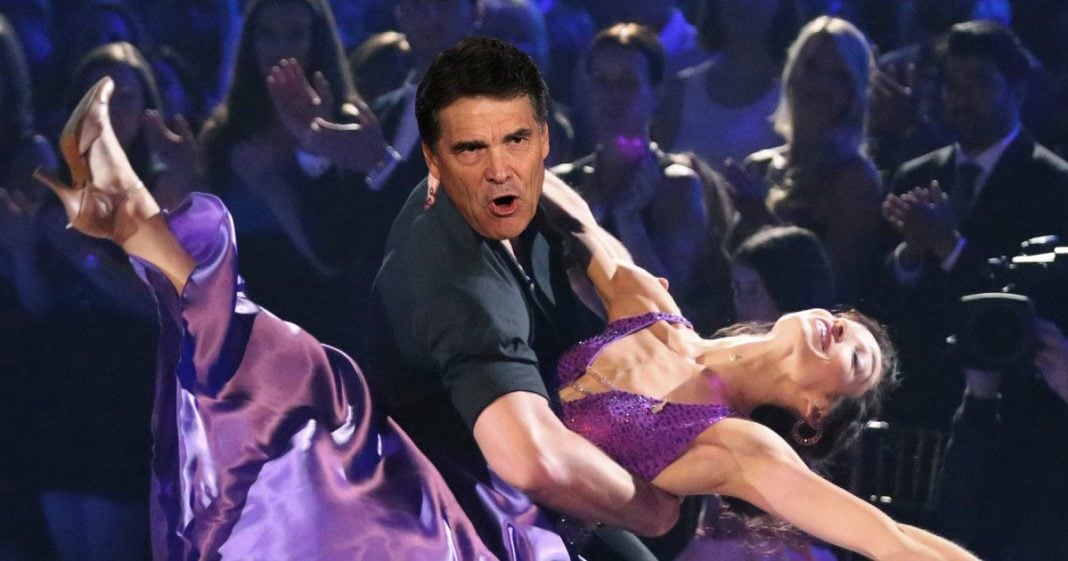 We can only hope that failed politician Rick Perry is a better dancer than he is a leader of the people of Texas.

On Monday, it was announced that former Governor Rick Perry would be competing on the hit dance show “Dancing with the Stars,” a reality show contest which matches D-list celebrities with trained dancers to impressive – and sometimes hilarious – results.

Perry is an interesting (read: weird) choice, but considering that criminal former Texas rep Tom DeLay took that same path to quasi-stardom, it shouldn’t come as a surprise.

By the way, you can take a trip down memory lane to 2009 and hear Pap’s take on DeLay’s “Dancing with the Stars” debut here.

Considering that Perry will be competing with disgraced Olympian Ryan Lochte, this season’s edition of the show might be better titled, “Dancing with the Villains.”

What better way to celebrate the most bizarre political year in history?