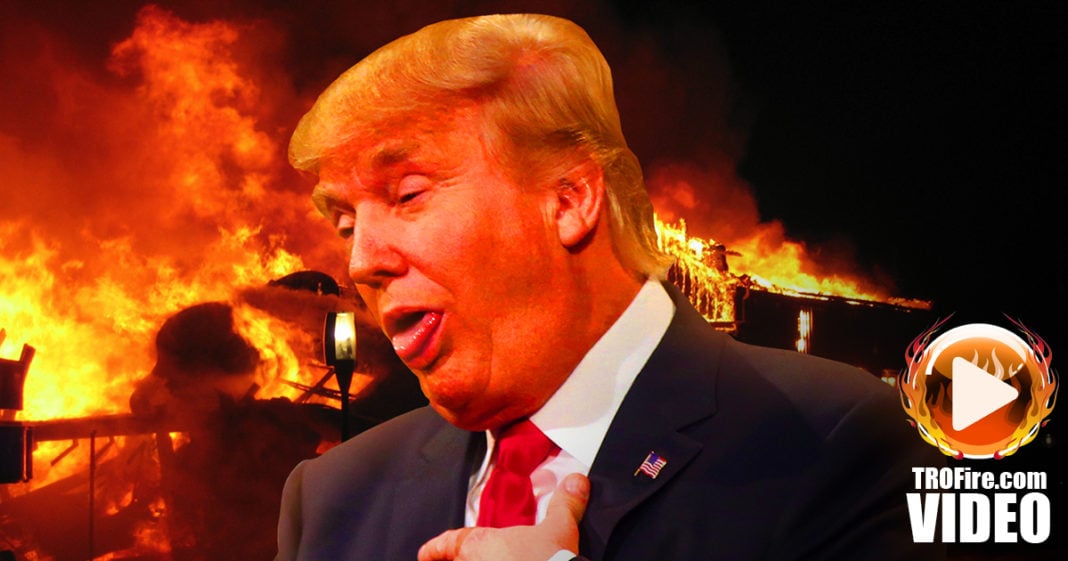 Someone should really tell Donald Trump and his campaign managers how to run a political campaign. They are spending very little money, they have no ground game, and Republican voter registrations are falling. Are they trying to lose? Let’s hope so. The Ring of Fire’s Farron Cousins discusses this.

So far, at least 110 Republican leaders have come forward and said they will not under any circumstances vote for Donald Trump for president. A lot of that, you know, some of those started as long as a year ago, but here’s the thing, not only is he losing support amongst Republican establishment, for one reason or another, I have my own theories about why these Republicans don’t want to support him, but here is what’s really interesting, Donald Trump is spending almost no money on his actual campaign. Yeah, he’s buying fifty five thousand dollars worth of his won books, he’s paying people, but what in the hell are they actually doing? Are they actually out there campaigning for president because it doesn’t seem to be that way.

This week, Donald Trump has announced that he is going to spend $10,000,000 on ads across the country. $10,000,000 in 9 different states. We’re talking about an average of $1.1 million in ad buys across 9 states. A lot of those are swing states, Florida, Pennsylvania, Ohio. $1.1 million is not going to buy you very much air time. On top of that, the polls in these swing states are already showing that Donald Trump is losing by tremendous margins. The guy is not running a campaign.

Think about it this way, there is virtually no Republican get out the vote efforts on behalf of the Donald Trump campaign and that is why in places like Florida, Pennsylvania, and Ohio, 3 major swing states that a candidate needs to win the White House. Democratic get out the vote efforts have registered more voters than Republican efforts by huge margins at this point.

It does beg the question, is Donald Trump actually running for president because it doesn’t seem that way. I mean, the democratic party probably could have nominated a penguin and he would still be polling ahead of Donald Trump. That is how pathetic this Republican challenger is. Any Democrat would be killing him in the polls right now.

That’s the only reason really, Hillary Clinton is doing so well. That’s why she doesn’t have to go out and do press conferences or go on these bus tours. She’s spending the week fund raising with wealthy donors in The Hamptons. She doesn’t have to campaign because Donald Trump is killing himself here.

Look, Donald Trump is going to get killed in this years election. There is no way to spin that any other way. When you look at the polls, when you look at the money being spent, when you look at what’s happening to his own campaign advisers and managers and things of that nature, there is no way this man can overcome that. Unless Hillary Clinton comes out and starts kicking puppies every time she walks down the street. She’s already the 2nd most unlikable candidate in American history, but Donald Trump still holds the title of being the most unliked person ever.

This is not a presidential campaign. This is a PR campaign. This is all about Donald Trump making as much money as possible while scamming the entire American populous. Luckily, come November, it’s all going to be a distant memory.