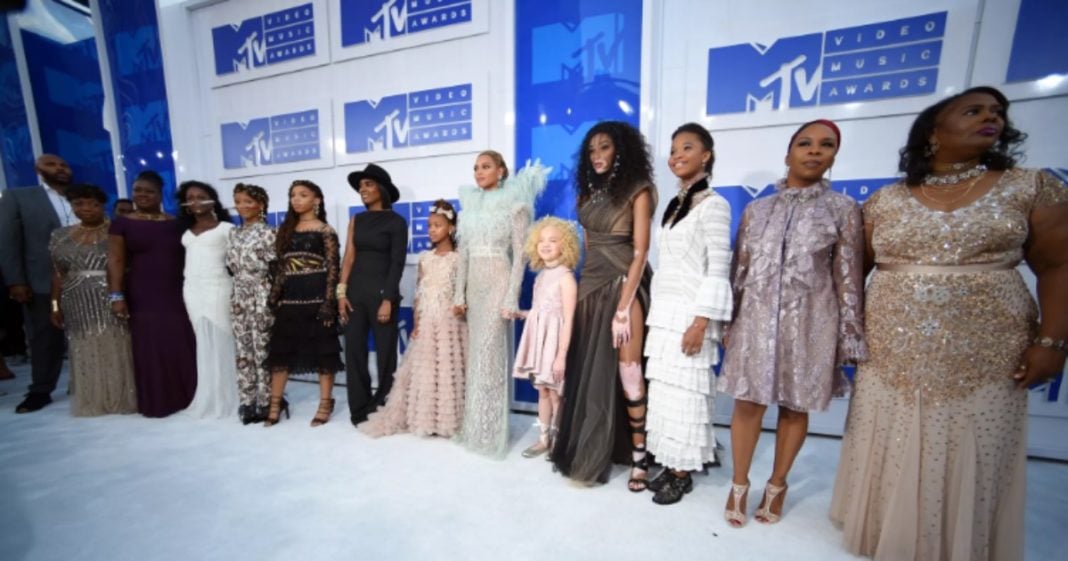 Continuing the artistic advocacy she began in her hour-long music video album “Lemonade,” pop icon Beyoncé brought several Mothers of the Movement to accompany her during Sunday’s Video Music Awards.

Beyoncé is one of several musical artists who have used their platform to further the Black Lives Matter movement in one way or another, though the images used by Beyoncé in her latest work is some of the most iconic. Focusing on black female pride and power, Beyoncé shows an unrepentant admiration for black women’s strength.

Accompanying her to the award show was the mother of Trayvon Martin, Michael Brown, and Eric Garner, and Oscar Grant – all victims of police brutality and vigilante justice.

These same women appeared on the “Forward” section of her visual album, holding pictures of their sons, staring into the camera and daring the audience to stare back and face the reality of today’s America.

No doubt, the appearance of these women alongside the “anti-police” Beyoncé will have many rabidly racist individuals foaming at the mouth (bigot Giulianai has already called Beyoncé’s performance “a shame”), but it is impossible to ignore the impact these women have had on the national conscience.

In order to affect change, we have to continually remind society – these men are dead because we didn’t care. We must care.