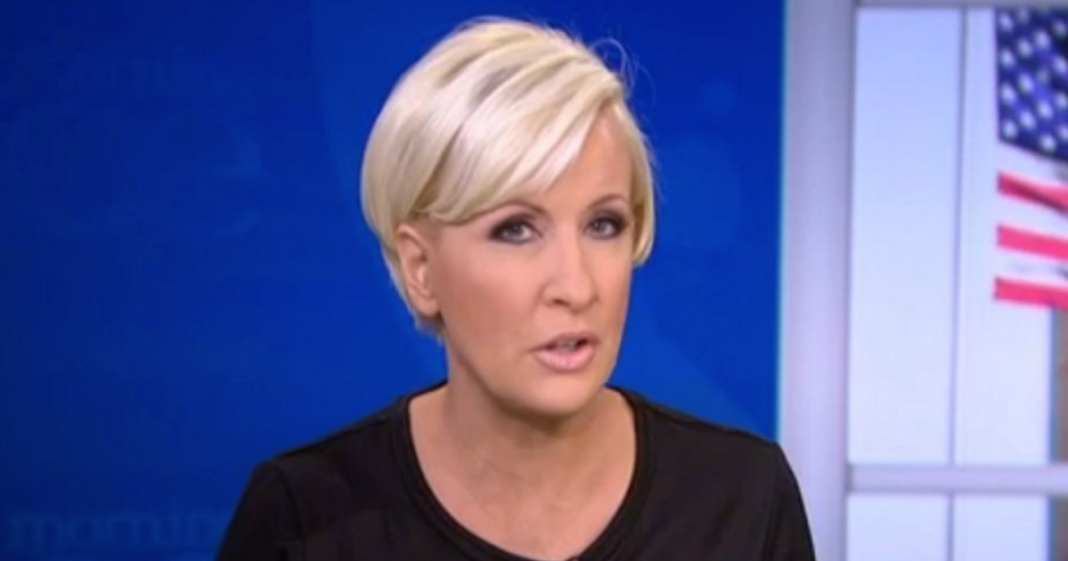 After having been not-so-subtly in his camp for far too long, Mika Brzezinski at “Morning Joe” seems to have completely and totally turned on Donald Trump, much to the chagrin of co-host Joe Scarborough. Whether that be out of some desire for honest journalism or a keen sense that Trump has almost no shot, Brzezinski has increased her criticism of the Republican nominee, going so far as to question his mental health.

Brzezinski, the voice for reasonable anti-Trump sentiment much more often than Joe, made the statement during the MSNBC show shortly after they hosted a former doctor who suggested that Trump may be debilitatingly narcissistic.

Framing it as “We are worried about him,” Brzezinski left no room to wonder what she really thought.

“And, I’m sorry, let’s just not—let’s stop pretending we’re dealing with someone who we can completely understand. When you see someone who you think has problems, you know it. And there’s not anybody at this table who doesn’t think he has some sort of problem. Let’s ask the questions. Let’s do this at this point. Let’s set up someone and ask the … questions.”

Scarborough tried to backtrack, saying that no psychologist or doctor could diagnose a mental disorder on television. No doubt, Scarborough was thinking of the angry tweets and phone calls he might receive from his old buddy Trump.