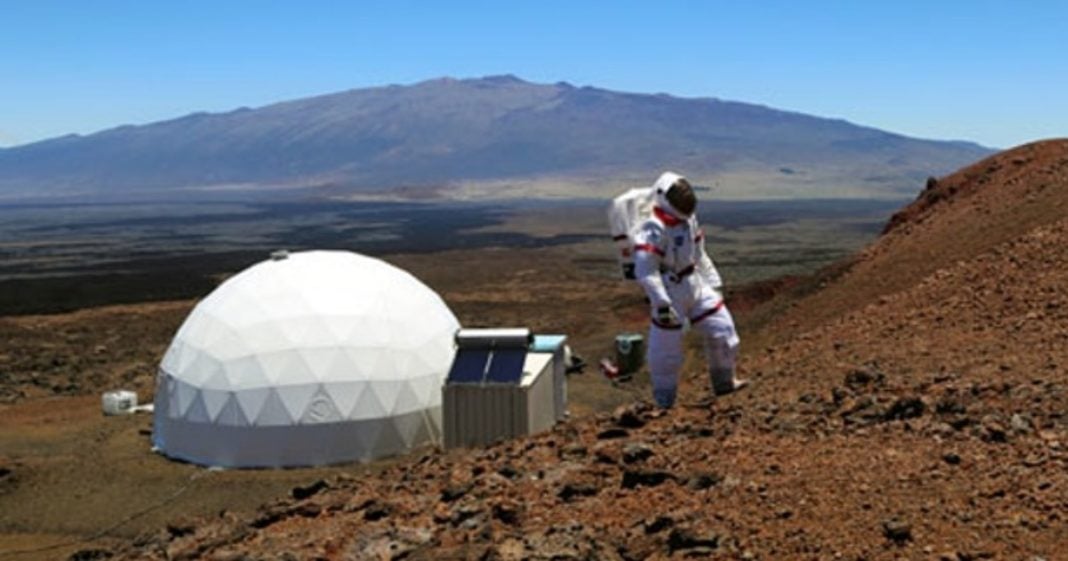 Six astronauts are glad to be back on planet earth after a year-long journey to Mars, but it may come as a surprise that none of the individuals ever actually left the comfortable atmosphere of the Earth for their trip.

Yes, six actual astronauts just completed a test mission in the side of a Hawaiian volcano which sought to imitate life on Mars in every way possible. The test mission, Hawaii Space Exploration Analog and Simulation (HI-SEAS), was funded by the founder of Tetris.

The six astronauts camped for an entire year 8,200 feet high on the side of the Mauna Loa volcano. Every couple of days, two astronauts would emerge from their base for fieldwork wearing all of the equitpment they would wear on mars.

In every way possible, the astronaut’s environment was as much like Mars as possible, though of course there were many elements which could not be replicated. Likely chief among these was the fact that the individuals involved in the experiment knew that their lives were not in any danger the way they would be in the open expanse of space and an alien environment.

The most important element being studied wasn’t what you would think – almost all research was focused on the social effects of having six space cadets stuck in once capsule together for such an extended period of time. For this purpose, bits of the astronauts’ hair was shaved every couple of weeks to be used for future study as follicles are an excellent indicator of stress hormones.

In space, and in extended space travel, there are an endless number of elements and variables that must be accounted for. Though this trip may have felt like a bit of make-believe, scientists no doubt learned a wealth of invaluable information from these would-be Mars explorers.