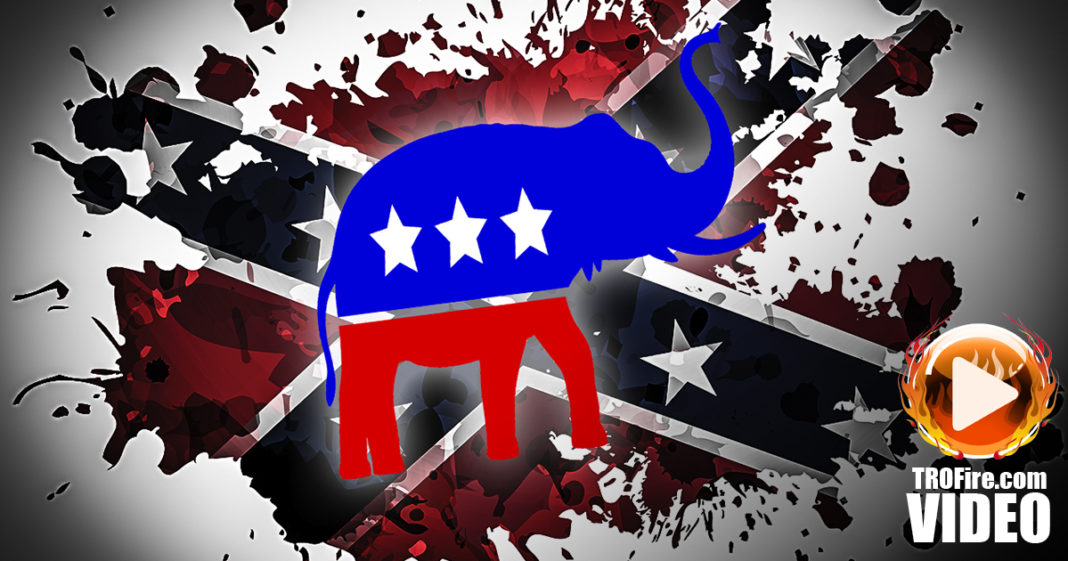 Another new study has been released that confirms what previous studies had found – that conservative voters are likely to have much lower IQs than their Progressive counterparts, and they are also much more likely to hold racists attitudes. Ring of Fire’s Farron Cousins discusses this.

If you’re wondering why Donald Trump has latched onto racism as the central theme of his campaign, perhaps a new study published in Psychology Today will give you a little bit more insight into why Donald Trump chose that particular route. That study confirms what previous studies have already told us, and that is that Republican voters are typically on average much more racist than Democrats, but not only that. They’re more racist because they are statistically on average less intelligent than Democratic voters.

This is about the third of fourth study that has come to the exact same conclusions on this. Republicans, you can get pissed off all you want about me saying this, but this is what scientific studies have proven so far. If you have a problem with it, go do your own study. But here’s the thing, it shows that voters typically form their voting beliefs when they are early twenties, late teens. Those who held more racist beliefs in their youth who were brought up probably in racist households, taught racist ideals, things of that nature. White people are better. Or, even more subtle racism, that you need to be afraid of black people. There are certain parts of town you just shouldn’t go in.

According to this new study, those people grew up to not only vote conservative, but to have much lower IQs than Democrats. Now this is a very dangerous future for the United States. A lot of people tend to think that racism, bigotry, things of that nature will die off as do generations come and go. But, it turns out that this racism is being taught. It is institutional. The lower someone’s IQ is, the more likely they are to believe these things. It comes down to fear. It comes down to prejudice. It comes down to even brain structure according to this new study. Those are things that really cannot be overcome. We can’t change the structure of somebody’s brain. We can’t necessarily change somebody’s IQ. Racism, unfortunately for now, appears to be here to stay, but it’s only staying within the Republican party. We guess that’s a little bit of good news.