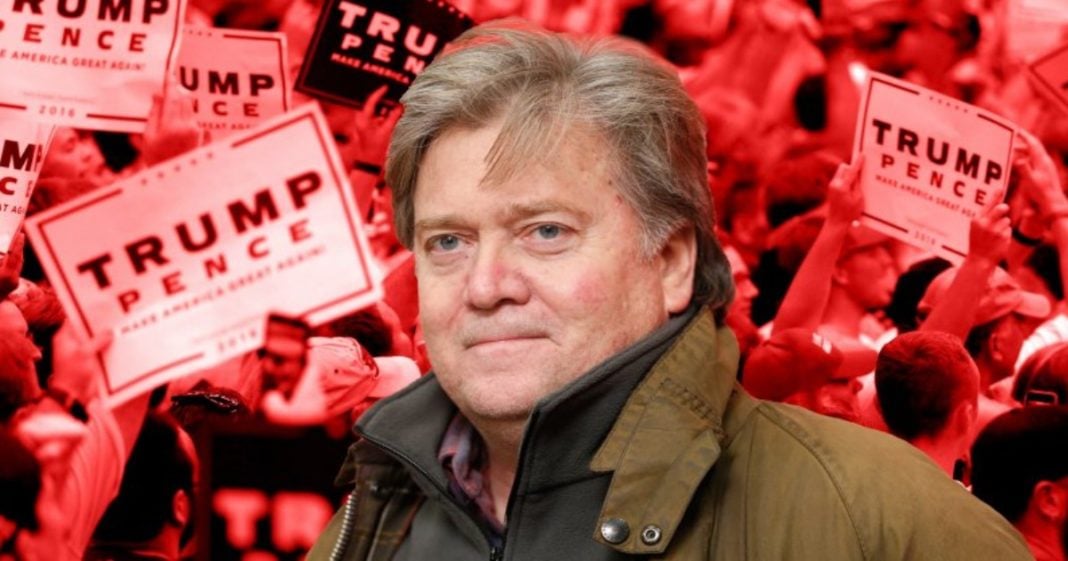 Trump camp’s latest addition Stephen Bannon is far and away the worst add-on in the campaign’s history, and journalists everywhere are turning up massive scandals left and right on the former Breitbart leader-turned campaign man. Among a litany of other things – including domestic abuse charges – it has now been discovered that Bannon demanded his children not attend a school with too many Jews.

According to his ex-wife during divorce proceedings, Bannon negotiated to have his daughters attend a school with less Jewish children because he reportedly didn’t like Jews and didn’t like the way that Jews raised their children.

According to divorce documents unearthed by the Rachel Maddow show, Bannon’s wife said:

“He said that he doesn’t like the way they raise their kids to be ‘whiny brats’ and that he didn’t want the girls going to school with Jews.”

Bannon’s spokesperson has since denied these claims, but it’s not hard to see that his anti-Jew bias is everywhere in his media and political career.

As Trump has had a great deal of difficulty distancing himself from white nationalists and Hitler himself, having a campaign leader who has been so vocally anti-Semitic could cost him.