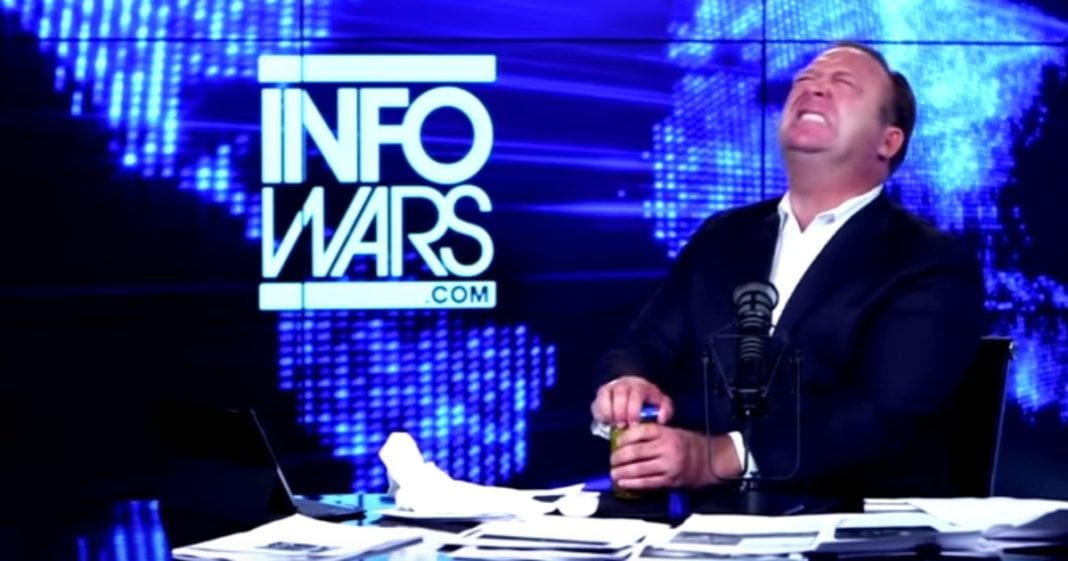 Now this is a rare treat: Not often do we see late-night mainstream comedians and internet nutso conspiracy theorists come together, but when we do, the results are mind-numbing.

Take vanilla-as-can-be late show host Jimmy Kimmel who earlier this week hosted Hillary Clinton on “Jimmy Kimmel Live.” In a fun little gag, Kimmel asked Clinton to open a jar of pickles as evidence of her adequate level of health. This was of course in response to conspiracy theorists and Fox Newsers nationwide who have deluded themselves into believing that Clinton is barely alive, and clearly unfit to be president.

Well as it turned out, Clinton was more than able to open the jar, and the bit continued. A fun, lighthearted segment, right?

What Infowars mastermind Alex Jones saw was a clear pickle conspiracy. As pointed out in this Kimmel clip from Thursday, Jones went on a multi-minute rant about the various ways he identified that the pickle opening segment was a set-up, a farce, and declared that Clinton didn’t open the jar at all!

Kimmel was clearly extremely amused by Jones and tickled pink to finally be involved in one of his drug-addled fantasies of conspiracy.

“If you’re ever feeling bad about your job, just remember there’s a grown man who spent a full seven minutes yelling about me and a pickle jar on television.”

“You just had to keep digging, didn’t you Alex?  The plan was so simple, all Hillary had to do was open the jar of pickles and the White House would be all ours. Mine and hers. We had it all worked out. This went all the way up to Vlasic.”