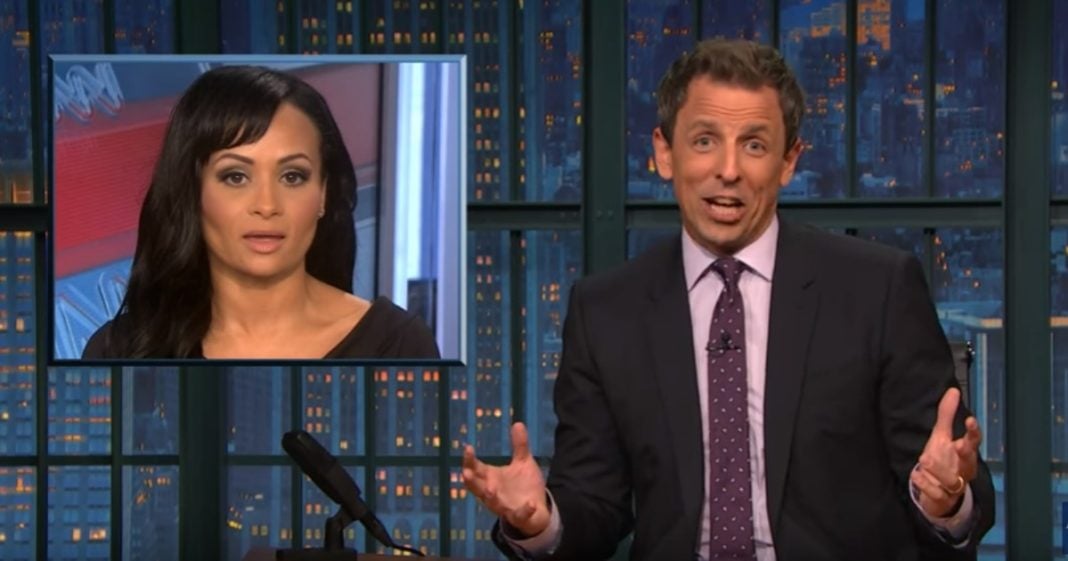 On Thursday’s “Late Night with Seth Meyers,” comedian Meyers took a closer look at Donald Trump campaign spokesperson Katrina Pierson and the diabolical way she has defended her candidate again and again.

“Is there any job worse than spokesperson for Donald Trump? It’s like being a zookeeper when the monkeys start throwing their sh*t at people. ‘No, that means they like you.’”

And as for Trump and his recent behavior?

“That’s right, Trump is softening — also known as flip-flopping,” Meyers said. “He’s softening and flopping, he’s really sagging in the swing states. You see, his poll percentage is down, and he can’t seem to get it up. He can’t get any penetration — ugh, I do not feel good doing this.”