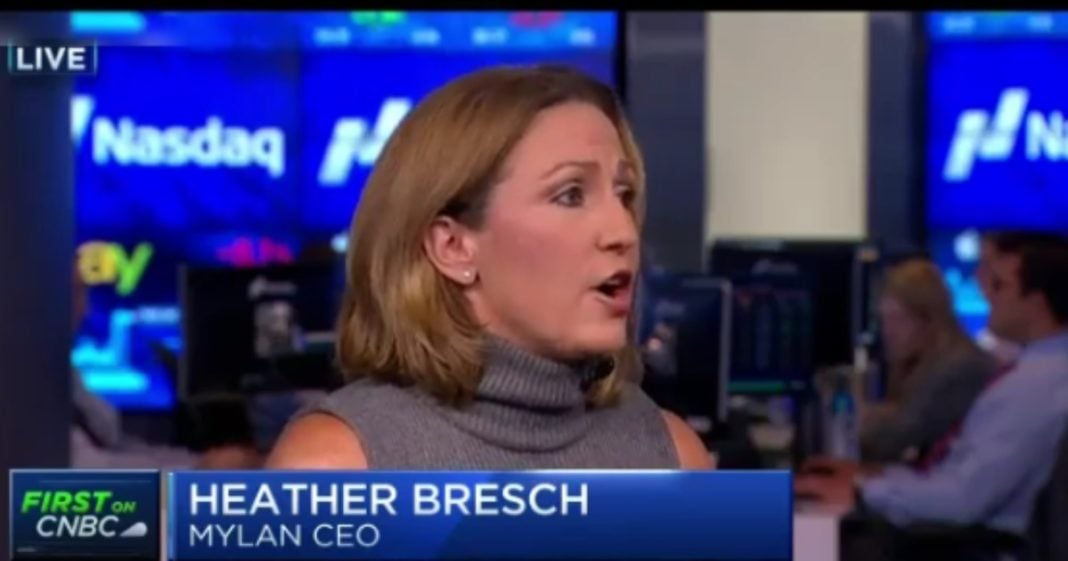 Mylan CEO Heather Bresch is in major damage control mode, and there doesn’t appear to be an end in sight. Unfortunately, Bresch seems to believe that the majority of America are just idiots and that she can get away with saying whatever she wants to explain why she felt she deserved a multi-million dollar raise while parents nationwide struggled to afford EpiPens which had been inflated a shocking 500 percent.

During an appearance on CNBC, Bresch tried to pretend she was on the same side as those outraged, attempting to pin the blame on the current medical system rather than her company’s gross inflation of the life-saving medication.

How she can say that with a straight face is beyond me. I’m gonna guess that literally every parent who has to buy the insanely inflated EpiPen twice a year is maybe a smidge more frustrated than the multi-millionaire CEO, but maybe she does really care?