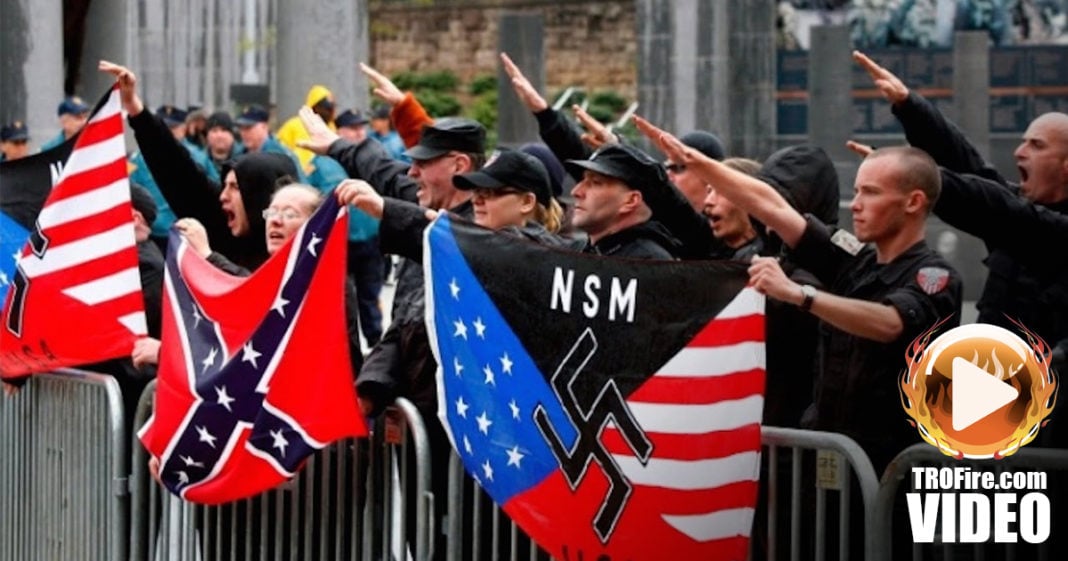 In the last few weeks, the phrase “Alt Right” has been thrown around constantly. But there is nothing “alternative” about this group – they represent the mainstream views of the Republican Party. The Ring of Fire’s Farron Cousins discusses this.

If you’ve noticed in the last couple weeks, the phrase alt-right seems to be popping up everywhere in analyses about Donald Trump and his supporters. Essentially what this alt-right group is is bloggers, pundits, other kinds of really radicalized hate-filled, potentially white nationalist Republicans who’ve come out of the closet in support of Donald Trump. They no longer feel like they have to hide their beliefs. They can be open about it because somebody like Donald Trump is leading the way with all of his hate.

They phrase alt-right is something I’m really not that big a fan of because there is no alt-right. Hillary Clinton mentioned it in her speech the other day, and it’s great that she tackled this issue, but I still do not like the phrase alt-right because there’s nothing alternative about these people. These are mainstream Republicans, and this has been the mainstream Republican view, using hatred to divide the country since Ronald Reagan in the 1980s when he used his welfare queen image to get people, Republicans, white southern Republicans specifically, to hate black people.

This has been the tactic for 40 years. This is nothing new, there’s nothing alternative about it, this is the natural progression of the Republican Party down this road of hate that Ronald Reagan and Lee Atwater put them on about 40 years ago. When we talk about this issue, let’s not give them a separate name, let’s not claim that there’s something different. Let’s call them what they are, Republicans, because that’s what the Republican Party stands for, hate and division. Donald Trump is not new. He is not the one that brought this into the party. He is just the symptom of what this has done to the Republican base.

Fox News has been spreading hate and division for years. Ann Coulter, same thing. Michelle Malkin, Rush Limbaugh. What do you think these people are? They’re peddlers of hate and they are mainstream Republican cheerleaders, basically. When you see a headline that talks about the alt-right, it’s a great story, it’s an important issue, but just know, they’re really talking about mainstream Republican voters.