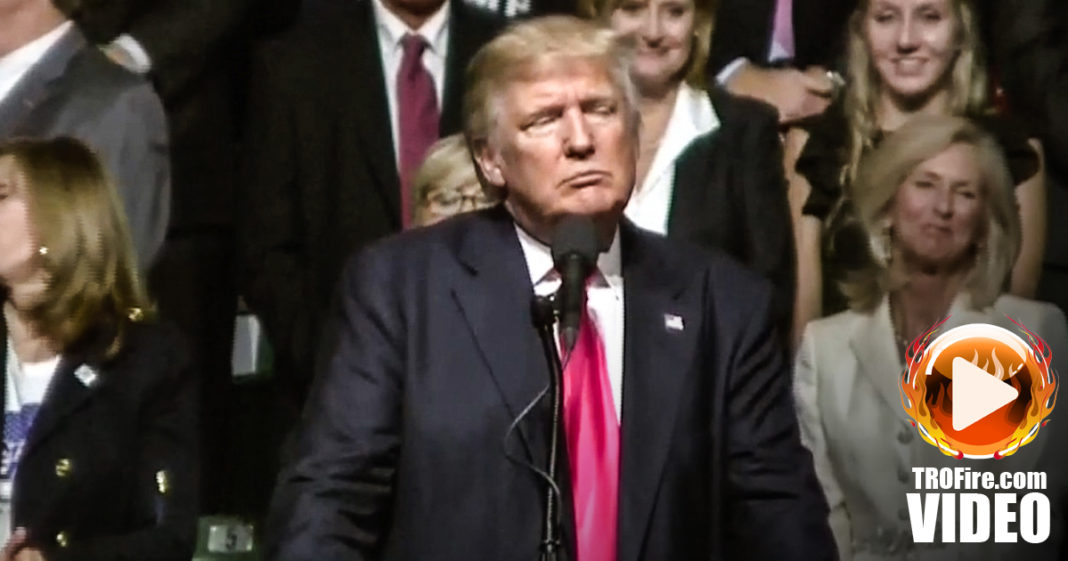 Donald Trump, the King of Hate, says that Hillary Clinton is the REAL bigot in this year’s general election. As usual, he provided absolutely no evidence to support his insane theory. The Ring of Fire’s Farron Cousins discusses this.

Farron: Donald Trump during a rally speech, press conference, whatever we want to call it these days. Had a very interesting way to describe Hillary Clinton. Take a look.

Trump: Hillary Clinton is a bigot who sees people of color only as votes. Not as human beings worthy of a better future.

Farron: All right, so here we have probably the biggest bigot to run for president, at least in my lifetime, calling Hillary Clinton of all people a bigot. Now it’s no secret that Donald Trump’s candidacy has inspired white nationalists and white supremacists all over this country to start running for office. They no longer feel like they have to hide who they truly are. They can just come out in the open with their hateful personalities saying that they hate Muslims, they had immigrants, they hate black people, they hate every non-white person.

Donald Trump has inspired that. Now Hillary Clinton is a lot of things, but a bigot, a racist? Absolutely not. She hasn’t always been the biggest champion of people of color, but she certainly hasn’t been there enemy. For Donald Trump to come out and say that she’s the bigot is childish. This is literally Donald Trump saying I know you are, but what am I? That’s what we’ve come to expect from the Trump campaign. I mean this guy has no idea what he’s doing, doesn’t know what he’s saying, doesn’t even know what he would do if he managed to win the presidency.

All he has are just hateful remarks directed at the wrong people and that’s it. That is the Trump campaign in a nutshell. Stupid statements followed by even dumber statements trying to clarify the original stupid statement. Hillary Clinton is not a bigot. She is not a racist. Donald Trump is whether he wants to admit it or not and whether his followers want to admit it or not. They can not hide the fact that this entire campaign has been built around one theme and that theme is racism.