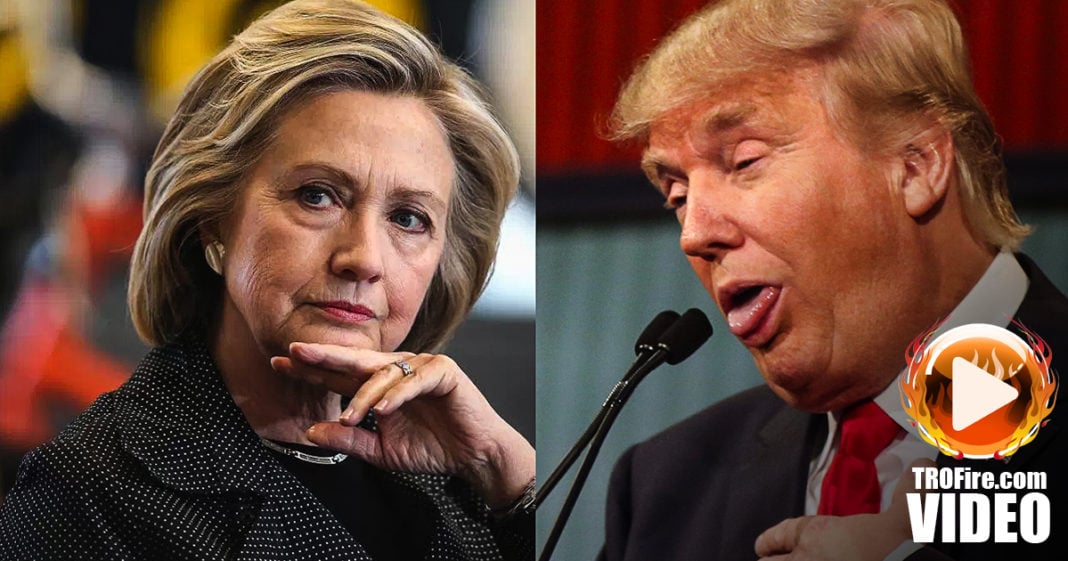 Hillary Clinton is luckiest politician on the planet because she’s running against the weakest Republican presidential candidate in modern history. And that’s actually really bad for progressives. Ring of Fire’s Farron Cousins discusses this.

Hillary Clinton is probably the luckiest person on the planet right now. I mean, when you think about all of the crap that her campaign is actually not dealing with, email scandals, the DNC email scandals, the Clinton Foundation nonsense that’s happening right now. It’s not nonsense, it’s actually a big deal but according to them, it’s nonsense and yet still, she is polling almost 10 points ahead nationally over Donald Trump. She is now beating him is red states. She won the political lottery by being put up against the easiest Republican candidate in modern history.

If she was up against anyone else, anyone, at all from the Republican party, she would actually have to go out there and do more campaigning. She would have to go out there and do some press conferences, talk to people, explain things. Instead, what’s she doing? She’s put her transition team together and they’re already working on what color curtains they’re going to pick out for the White House. She is done campaigning.

I mean, if you think Hillary Clinton is going to get out there and continue on this little bus tour, you are kidding yourself because she feels like she doesn’t have to. She doesn’t owe it to the public to get out there and talk to them and answer the questions that they have about some of the shady things that she’s done. No. They’re already moving in. They’re boxing their stuff up. They’re ready to go because according to polls right now, it’s in the bag for her, so she doesn’t care about reaching out to anymore voters. She doesn’t care about trying to mend the rifts within the Democratic party. She just cares about her own political future and that’s what it’s always been about.

Meanwhile, everyday, a new horrible story comes out about Donald Trump. For example, his campaign spent fifty five thousand dollars buying his own book. A move that is very likely illegal and could end them up in serious hot water or the fact that Trumps campaign headquarters and his own Trump Tower is paying higher rent than anyone else because his donors are paying for it, so he’s making more money that way too.

This all is great for Hillary Clinton because she doesn’t have to do anything. She can just sit at home, kick her feet up, and just wait to win this election by doing nothing. The result of that is going to be she’s not going to be accountable to the people. She’s not out there talking to them. She’s not going to answer any questions and were going to end up with somebody worst than Obama, maybe better than George W. Bush. It’s all because Hillary Clinton is up against the easiest to beat Republican in our lifetime.