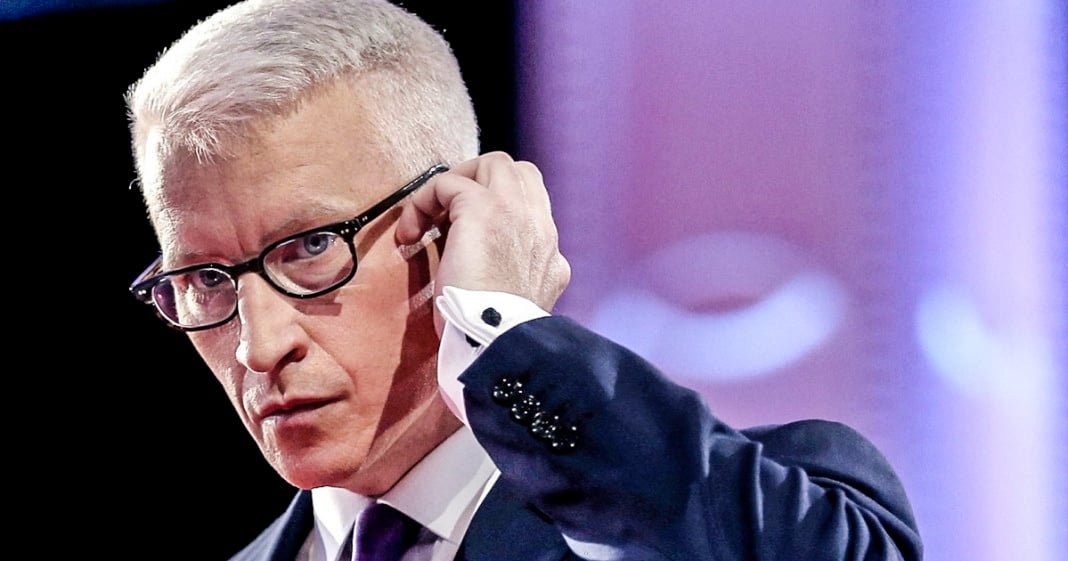 Thanks to the latest FEC filings, we now know for certain that CNN commentator Corey Lewandowski is being actively paid by the Trump campaign, despite being let go several months ago.

Allowing a Trump employee to represent himself as just a normal commentator seems like a gross bit of misinformation for the unsuspecting viewer, and is a big of immoral journalism we wouldn’t expect from such an official news network – so why does CNN keep up the charade?

“The Late Show with Stephen Colbert” interviewed one of CNN’s most noted anchors Anderson Cooper when Colbert asked him to explain this strange relationship on Wednesday. Betraying his normally calm and collected personality, Cooper seemed unsure of what to say or how to explain the clearly immoral bit of anti-journalism.

Instead, he sputtered his way through a half-explanation saying that Lewandowski is just like Trump surrogate Katrina Pierson, and that the network hosts surrogates all of the time.

Except we all know all too well that Lewandowski is different. For one, the average uninformed American believes that Lewandowski no longer works for the Trump campaign thanks to the very public ouster earlier this year, so they might be fooled into believing that Lewandowski might possibly be honest or unfiltered – that is certainly not true.

It is disappointing to hear Cooper blunder his way through a defense of his corrupt network.