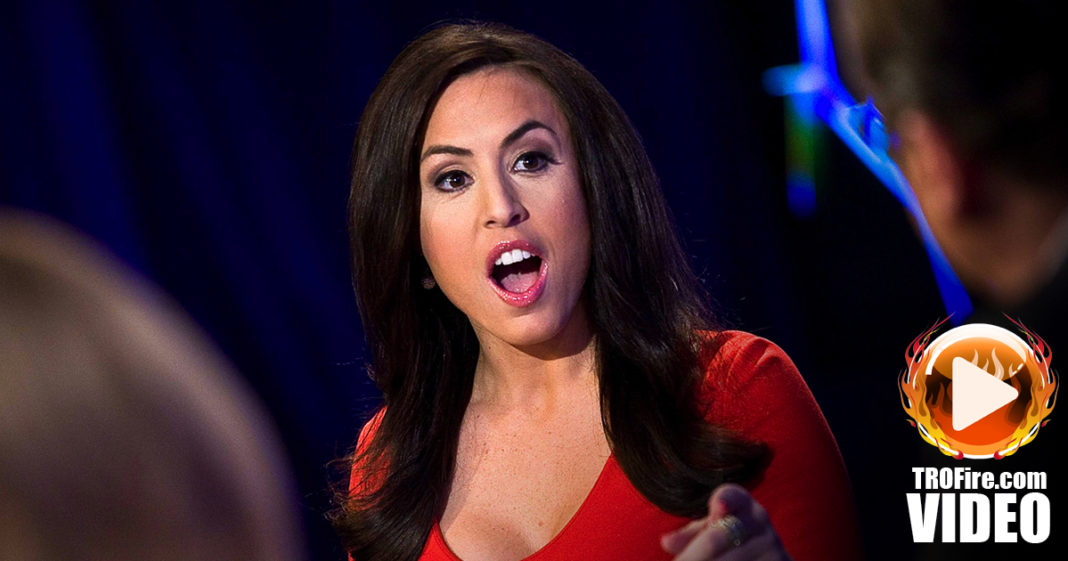 Former Fox News anchor Andrea Tantaros is suing Fox News, and her lawsuit reveals the truth about the disgusting culture of the network that only the behind the scenes workers have ever seen. Ring of Fire’s Farron Cousins discusses this.

In a new lawsuit filed against Fox News, former Fox News personality Andrea Tantaros says that the atmosphere in that business was more like that at the Playboy Mansion. In fact, the complaint reads from Tantaros, “Fox News masquerades as a defender of traditional family values, but behind the scenes, it operates like a sex-fueled Playboy Mansion-like cult, steeped in intimidation, indecency, and misogyny”. Now that quote is directly from the lawsuit that Tantaros has filed against the network. Yes, Roger Ailes has left and Tantaros also says that at one point, she was removed from the show “The Five” because Ailes asked her to spin around so he could get a better look at her and Tantaros refused to do so.

Look, none of this is surprising at all. We have seen the allegations against Fox News hosts, like Bill O’Reilly, who Tantaros also mentions in her new lawsuit, dating all the way back to 2005, sexual harassment claims against Bill O’Reilly. We have know for eleven years that this is pretty much how the network operates. Anyone who’s willing to put up with that just to be on the air, be famous, you’re selling your soul to these devils. This is disgusting.

Fox News has never been known as a beacon of truth and morality, but when we find out now what really happens behind the scenes, just how sexist they truly are, it becomes more than just a laughing stock of a news organization, it becomes a disgusting place where pigs feed, basically. Fox News is a pig trough. Sean Hannity and Bill O’Reilly and Roger Ailes are all sitting there trying to feed themselves at this trough all day long. They don’t care that they’re dehumanizing these women because to them women aren’t human beings, they’re objects. They’re just there for their pleasure, something to look at, something to touch when they feel like it, regardless of whether or not it’s welcomed. That’s what these lawsuits against Fox News are proving.

Is it going to take down the network? Absolutely not. Is it going to change the culture at the network? Probably not. Are the viewers going to change their opinion about that network? Absolutely not because they’re the dumbest news consumers in this country. But at least we know. We know now how disgusting the behavior at Fox News is and any time anyone talks about Fox News, these stories need to be brought up to remind people of what actually happens behind the scenes at that network.