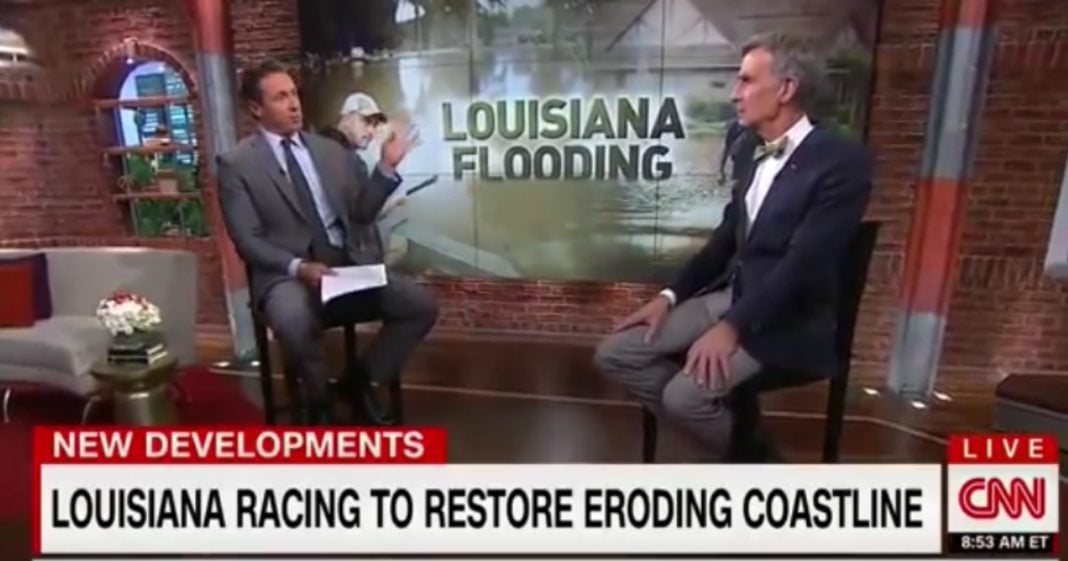 During an appearance on CNN on Monday to discuss the impact of flooding on Louisiana and the role climate change plays in the growing number of natural disasters, Bill Nye “The Science Guy” expressed his immense frustration with those who wish to argue about the existence of climate change when the science is staring them straight in the face.

It’s hard to imagine being Bill Nye, a noted expert and educator, who has had to battle on the issue of climate change for decades. How frustrating and demoralizing it must be to have so much knowledge about the truth of global warming, just to be forced into debates again, and again, on whether or not it exists at all.

While educators like Nye should be busy trying to find solutions to reversing the damage we have done, he is repeatedly relegated to the political side of science. To an educated man like Nye, talking about anything other than the devastating role of climate change on natural disasters like the one in Louisiana is simply a waste of time.

And as Nye points out in this interview, even the most reputable of sources are rife with misinformation.

“Here at CNN you have essentially a climate change denier meteorologist and knock yourselves out. But this is a big problem and it’s not going to go away.”

These things are going to happen more and more, this is the new norm. Now what the hell are we going to do about it?