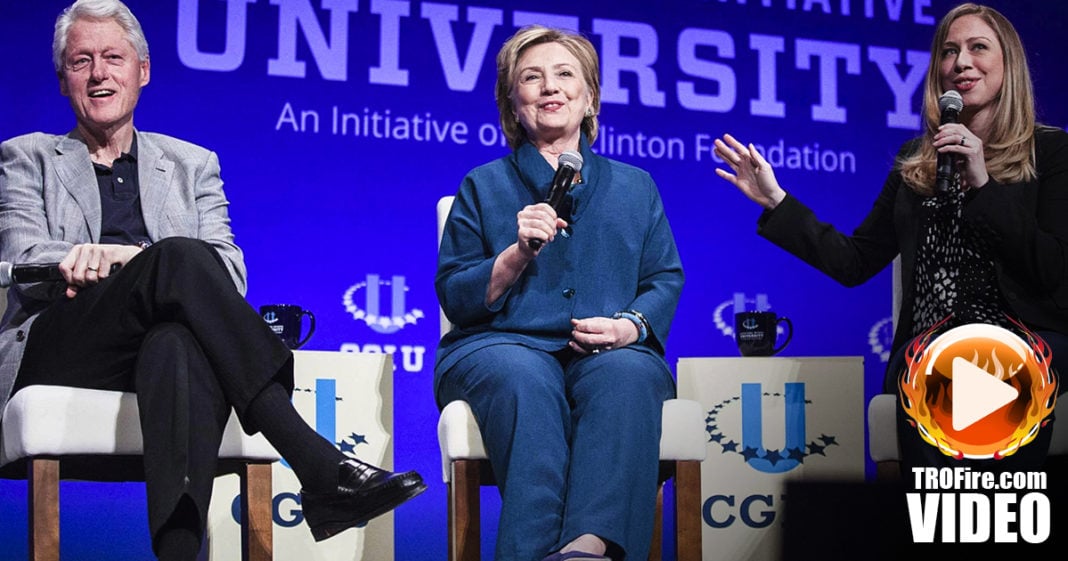 Liberal pundits, writers, and bloggers are doing their “excuse tour” for the new revelations about the Clinton Foundation, each unwilling to admit that she probably shouldn’t have met with donors while serving as the Secretary of State.  These are the same people who cried foul when Bush and Cheney met with their donors while in office, yet see no problem with Hillary doing the same thing. Ring of Fire’s Farron Cousins discusses this.

The story of the Clinton foundation just seems to be getting worse and worse by the day, but you wouldn’t know that listening to the Clinton campaign itself, or from any of the many Hilary Clinton surrogates out there in progressive media. Now, here’s the overall issue. Apparently during her time as secretary of state about half of the non-government officials, civilians I guess you’d call them, who Hilary Clinton met with were also donors to the Clinton foundation. Now the Clinton campaign says that she met with more than 1,700 people, that the half narrative that the media’s pushing is just totally incorrect, but here is what bothers me the most about this story.

It is the fact that people out there in the progressive media are just writing it off. Not just writing it off, excusing it by saying things like, “Well, this is just how politics works. She didn’t do anything wrong, the state department even said there was no conflict of interest so just move on. This is ridiculous.” You know what? It’s not ridiculous. It is a problem. Maybe the secretary of state’s office did say that there was no conflict of interest, but wouldn’t that be the same office that Hilary Clinton worked at? With all her friends, all her buddies, the same guys who then took it over after she left, her friends that she’s known for years? Hell, I’m sure if you asked all of my friends if I’ve ever done anything bad, wrong, or stupid, they’d probably tell you no too. That doesn’t make it so, though.

Let’s say, for the sake of argument, Hilary Clinton did absolutely nothing wrong. It still gives the appearance of being wrong. It gives the appearance, the optics of pay-to-play. It’s hard to deny that that’s what happened at this point. For the members of the progressive media who are out there trying to excuse this saying, “Look, the republicans do this all the time. This isn’t a big deal,” it is. Stop acting like just because republicans do it Hilary Clinton can get away with it too. We’ve been doing what we do here at Ring of Fire for a little over 12 years. For the first many years of that was during the Bush administration.

Do you know how many stories we ran, how many interviews we conducted with people solely based on the topics of outside influence into the Bush administration? Dick Cheney meeting with energy executives to draft energy policy. All of that, that is no different than what Hilary Clinton has done here. Either it’s okay for everyone to do it, or it’s not okay for anyone. The hypocrisy of these cheerleader democrats is disgusting. You know what you could do? You could go out there and just say, “You know what? It wasn’t illegal, but she shouldn’t have done it. Now let’s move on.” That’s all you had to do. Just admit that she probably shouldn’t have done it and move on. Instead, we have formerly credible people out there putting their credibility on the line because they want to be cheerleaders instead of objective reporters.