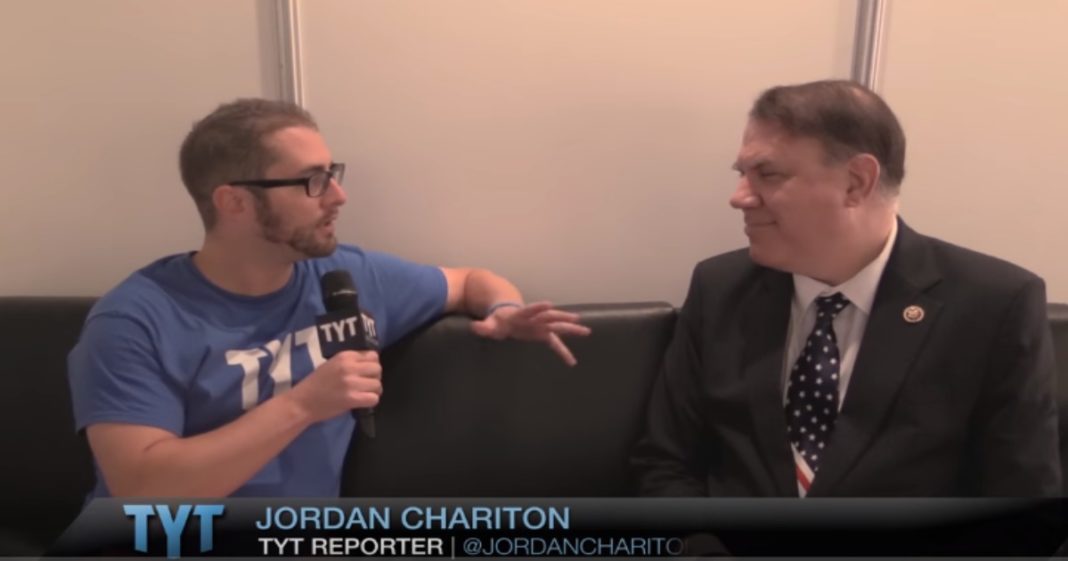 Political firebrand Alan Grayson has refused to back down in his fight against the Democratic Establishment, even as he continues to lag behind his primary opponent, Wall Street darling Patrick Murphy.

This week during an interview with The Young Turk‘s Jordan Chariton, Grayson outright accused the Democratic party of engaging in illegal behavior.

Sure, we all know that the establishment likes to pick their favorites and ignore more progressive candidates who haven’t fallen in line, but it was what Grayson said next that had our hair standing up.

“In essence the Democratic party is laundering money in favor of major donors and making it seem like they’re spending the money just so they would get their hands on the money as it’s passing through.”

That’s a serious allegation to be lodged by the candidate, and with Grayson’s history of using strong language in the past, we can expect to hear a rebuttal from the Democratic party.

Grayson is currently seeking one of Florida’s senate spots. The Democratic primary for his event is drawing near, and if he wins the primary, he will go on to face Republican Marco Rubio in the general election.