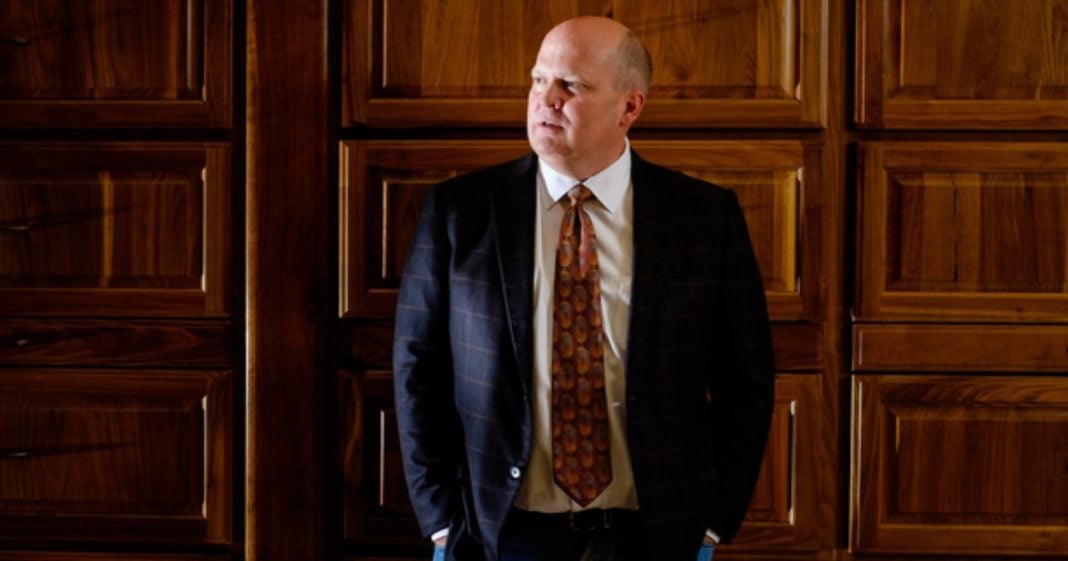 When the Department of Justice should have been laser-focused on the gluttonous corporate monster British Petroleum, they were instead spending their time prosecuting one of the nation’s finest trial lawyers in a wild goose chase of a case which concluded just this week.

The case against trial attorney Mikal Watts was held in Gulfport, Mississippi and the final gavel rang out last week, acquitting Watts and four others of 66 charges of mail fraud, wire fraud, and aggravated identity theft.

Watts was accused of having provided falsified documents to BP in the aftermath of the Gulf Oil Spill, alleging that 40,000 names on the list were fraudulent and even made up. The names of plaintiffs were to be used to distribute the funds promised by BP for damages.

The list of fraudulent names was provided by two individuals whom Watts hired for the purpose. The two were convicted of the same charges for which Watts was acquitted after it was proved that they acted secretly to assemble a list of false names – including the name of deceased individuals and even a dog – which they provided to Watts with no indication that they had not done their due diligence.

The two individuals misused money provided by Watts meant to pay for expenses gained while interviewing and gathering clients, instead spending the cash on strip clubs and booze. Watts said he was “ripped off.”

Watts elected to represent himself in his case, an incredible feat. It is extremely rare for an individual representing themselves to win against the federal government, but the experienced trial lawyer was up for the challenge.

At the conclusion of the harrowing trial, Watts faced the jury as all 66 counts were read out. As each one was declared “not guilty,” Watts mouthed a “thank you” to the jury of his peers.

Watts’ nightmare is now over, but the trauma he and his family faced at the hands of the Department of Justice and crony BP is a story fit for a feature film.

The horror started in 2013 when questions were raised about the legitimacy of the 40,000 claimants that Watts claimed to represent. Watts was indicted in October, and then in December, BP filed a lawsuit against him.

As a result, Watts’ home and law offices in San Antonio, Texas were raided by the Secret Service. The SS also interviewed hundreds of witnesses, but apparently did not record any of those conversations for the record.

Once the criminal investigation by the DOJ and the SS became public, Watts elected to resign from his position on the steering committee, a leading committee which worked to represent plaintiffs against BP. Initial charges included this committee as motive for Watts to bolster his plaintiff list.

Watts maintained that he did not intend to commit fraud, and that he had no knowledge that the list of plaintiffs provided to him were falsified in any way. During the trial, Watts used his long history as a trial lawyer as evidence that he would have no interest in falsifying claims.

“Was I seen as a fraudster? Have you ever heard that I would submit fake or fraudulent claims?”

After the conclusion of the trial, Watts spoke out against what he believed to be the true motive of the state’s case against him:

“The main thing is this whole thing happened because of a prosecutor [John Dowdy] who sought personal glory by taking down somebody like me for a notch on his belt. It was unethical. …They lied to witnesses. They threatened them. Fortunately, the jury saw through that and they saw what really happened.”

Now that this criminal trial is far behind him, Watts says that he intends to return to representing injured plaintiffs against corporate giants like BP who have sorely missed him in his time away.

The suit filed by BP against Watts is still ongoing, and there has not yet been any indication what effect this trial will have on those proceedings.