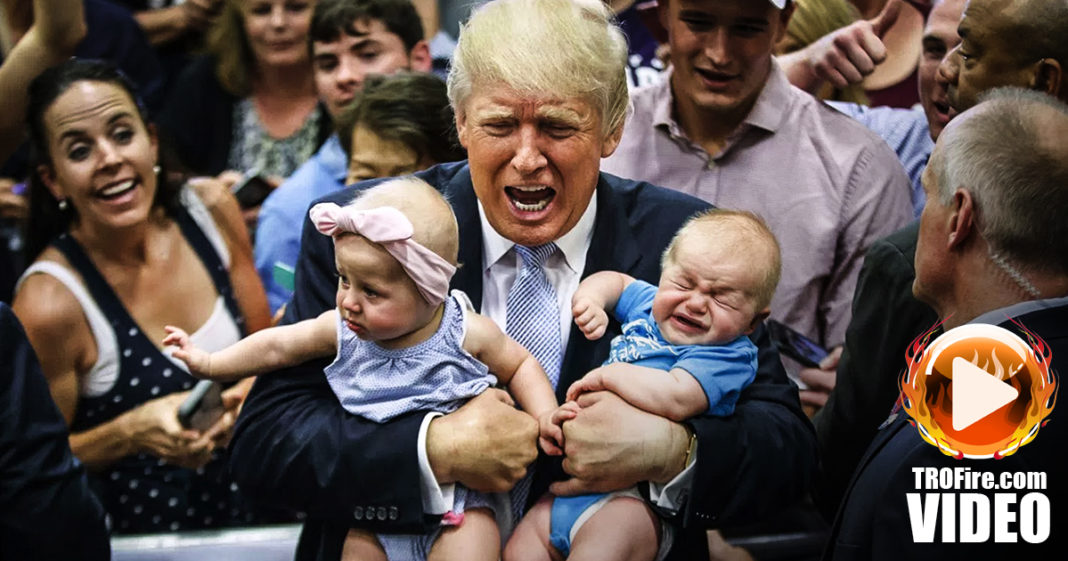 After getting $2 billion in free advertising from the corporate-controlled media, Donald Trump is now whining about the fact that they’re being super mean to him (by doing nothing more than reporting on what he says.) Ring of Fire’s Farron Cousins discusses this.

Donald Trump is taking his war against the media to new extremes today. Earlier this morning he tweeted out the following, it’s being reported by virtually everyone and is a fact, that the media pile on against me is the worst in American political history. Now, what he forgot to mention in that specific tweet is the fact that since he launched his campaign last summer, Donald Trump has received more than 2 billion dollars worth of free advertising from the corporate-controlled media. In fact they loved having him on so much that earlier this year the president of CBS said that, “Yeah, we like to have Donald Trump on because it’s great for ratings.” That is back when they were loving Donald Trump even with all the stupid things that he was saying but now all of the other Republican candidates are out of the field, they have to focus on Donald Trump.

They have to talk about the stupid things that he says from day to day. Donald Trump is interpreting them reporting the truth as an attack and Donald, that’s not how the media works buddy. If you want to talk about somebody being attacked by the media, look at what they are doing right now over this fraudulent claim of Hillary Clinton’s failing health. Regardless of whether or not you support Hillary Clinton, it’s pretty obvious that this is a made up story. In fact that one picture that they keep showing of her being helped up those stairs they are leaving out the context which is there was a recent storm, the stairs were slippery, they didn’t want her to fall. Donald Trump is absolutely being a whinny little cry baby at the moment because he is not getting his way 100%.

He is still getting more media coverage than any other candidate in this entire election season but yeah, they have to talk about your stupid talk. They have to talk about the fact that you want to build a wall or that you told African Americans, “Hey, you got nothing to lose when vote me. Why not?” You are an idiot, basically Donald Trump, that is a fact and no, virtually everyone is not reporting that the media is piling on against you. This campaign and Donald Trump have just gotten to the point that they are laughable. They are parities of them self and I hope that you feel like I do, and that we are just so ready for November to happen to that we never have to talk about this idiot again.